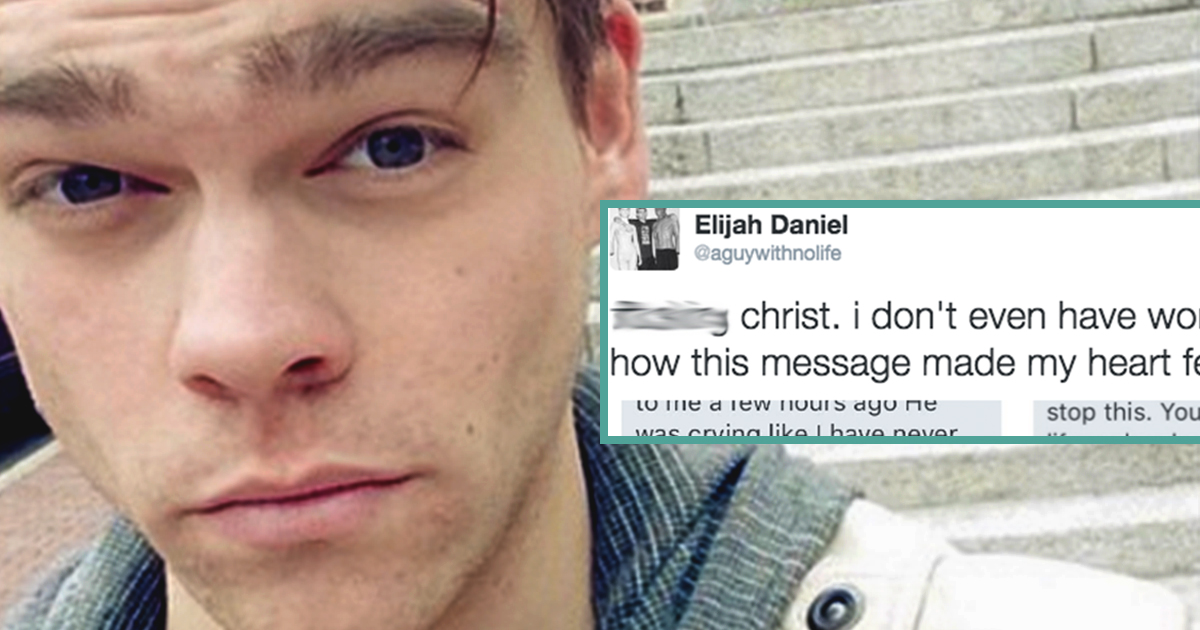 This time he’s dragging some homophobic troll that slid into his Twitter DMs. The douchebag kid who goes by the handle TonyTrxp called the Twitter legend an “emo faggot” and asked whether he wanted to “feel some hot lead in ur flesh?” which isn’t very kind. Not very kind indeed.

Luckily Elijah wasn’t going to take no shit from some dumb bully. If he was going to drag a notable figure this far, this  Using nothing but the dude’s first name – which is pretty great detective work if you ask me – . Here’s what went down:

Talk about a burn. Not sure about you but I’m dying to know what his poor mother’s response was. Wonder how hard he got bollocked.

It’s a pretty similar tactic to the girl who contacted the parents of boys who threatened to rape her online, but very effective. 10/10