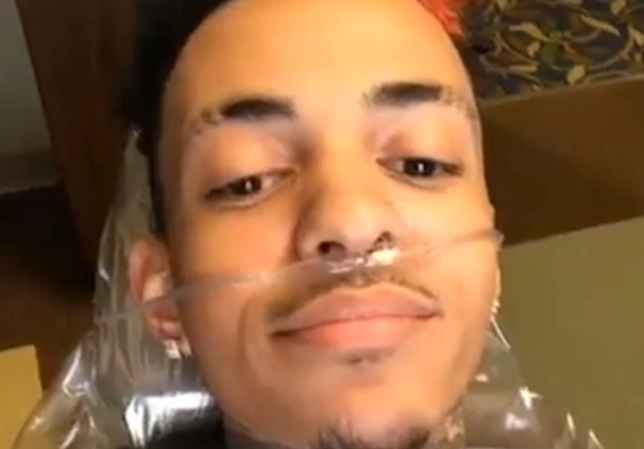 Fighting against anaesthesia is a battle you are never going to win, but credit where it’s due – this guy put up a brilliant effort.

He’s certainly not short on self-belief, live-streaming the whole thing on Facebook Live and impressing the nurses with how long he holds out for. Eventually however, the inevitable happens:

I don’t know if it’s his recreational drug use upping his tolerance for sleep-inducing medication or just sheer willpower, but that was quite something. At one point about 3 and a half minutes in he looks completely KO’d and then wakes up saying “you thought I was gone.” I for one was pretty shocked.

Alas, no one is stronger than anaesthesia. Bad news for the guy whose doctor tea-bagged him on camera.