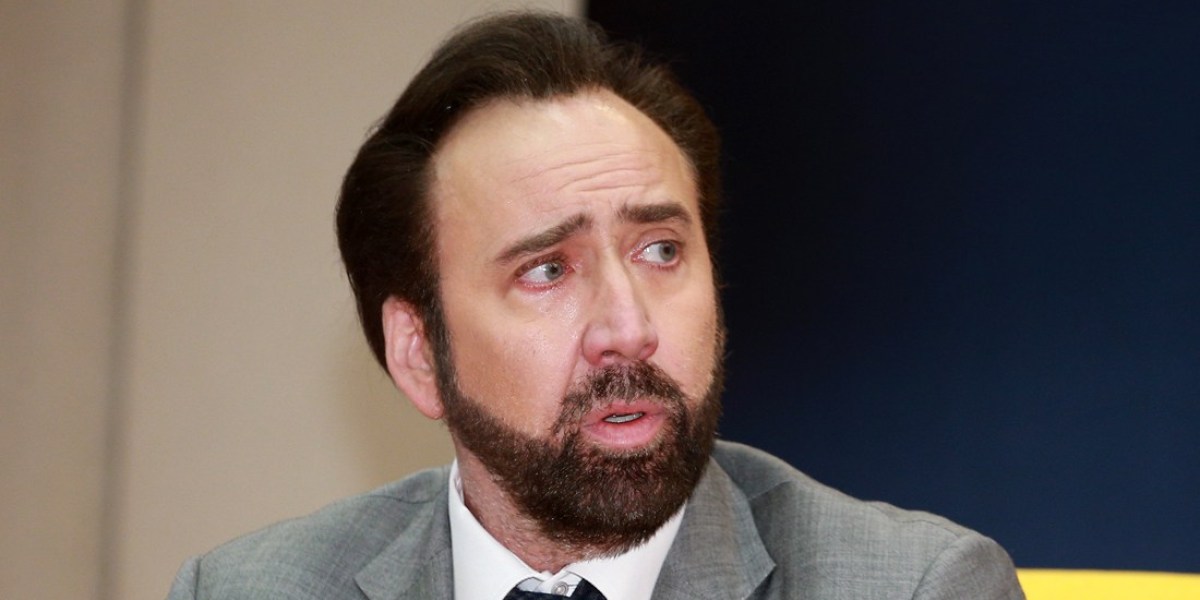 Nicolas Cage is probably one of the most universally loved actors out there on account of just being completely crazy and a massive idiot, and it turns out that this eccentricity comes out in his personal life quite a bit.

The latest episode comes courtesy of his latest marriage to make up artist Erika Koike who he’s been dating for about a year. The pair decided to tie the knot in Las Vegas – classy – but it looks like the wedding didn’t go down as well as hoped as Cage has immediately filed for an annulment just four days afterwards.

This footage taken by an onlooker at the marriage licence place doesn’t exactly scream the image of a happy couple either, with Cage claiming that his wife to be is going to take all of his money because her boyfriend is a drug dealer and Koike shouting that she doesn’t want to do it and isn’t making him do it. Really bizarre and almost like something from one of his movies?

(Sorry about the ad before the video and the fact that it’s a Daily Mail video with a weird presenter talking about it, but they’re the only people that have it)

That’s really weird isn’t it? Like Cage seems clearly wasted or delirious and just what the hell is he talking about? Wearing a really cool jacket though, gotta give him that.

It seems to me like we’ve got a couple of options here:

1) Cage is researching a new film role where he’s being blackmailed by his new gf by his old gf’s drug dealer boyfriend and they have to get married to give her half of his fortune legally or similar.

2) This is actually happening to Cage in real life.

3) Cage was completely wasted and thought it would be a good idea to get married to his gf but then didn’t really know what he was doing but went through with it anyway.

Kinda don’t know which one is more likely here, but given that he’s immediately filed for an annulment I’m kinda thinking it’s one or three. Not that I advocate blackmail but I kinda hope it’s one because imagine having the balls to try and blackmail a complete millionaire superstar like Nicolas Cage. That’s some major balls on ya there pal.

Hope Cage sorts it all out though – in the meantime here’s a supercut of him acting completely crazy. Legendary.