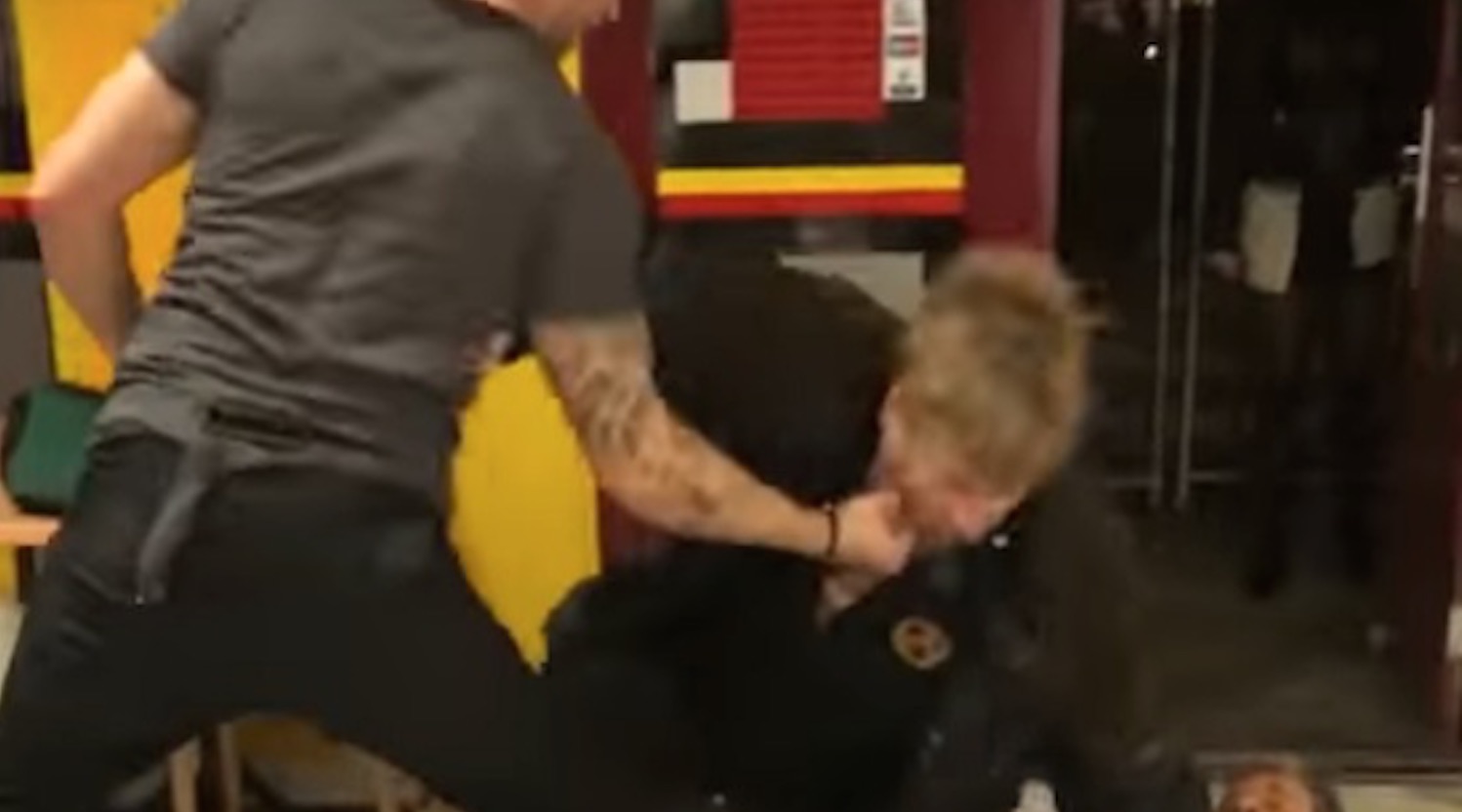 I’m sure we’re all guilty of having a few too many and doing things that we regret. But there’s absolutely no excuse for harassing staff at a takeaway and throwing chairs at them, especially if they’re women.

Unfortunately, there are a lot of people out there who literally have no respect whatsoever and when you encounter them, you’ve got to teach them a lesson. The two drunk assholes in the video below were at a Chinese takeaway late at night somewhere in Germany, when they started throwing chairs around and harassing the poor woman who was working there.

Not wanting to stand for that, one guy got his video camera out and started filming in that classic jerky fight cam way, and the other one went to work on them. He lays one of them out on the floor with one of the sweetest jabs you’ll ever see and then proceeds to floor the other one too.

Let that be a lesson to anyone who thinks it’s cool to walk into a takeaway and start abusing people.

For more drunken takeaway fights, check out this girl getting hit in the head with a shovel during one. Ouch.