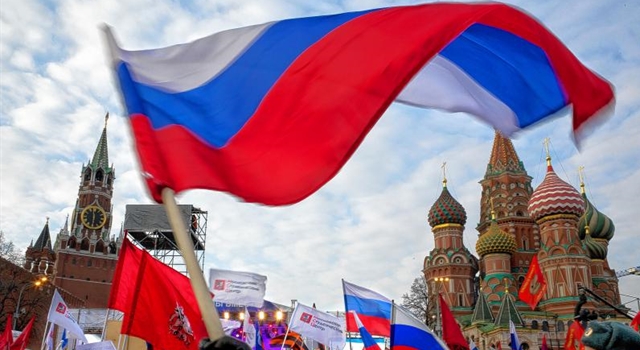 Climbing a tower when you’re really drunk is a terrible idea. Here’s some bleak visual evidence of that fact. This guy won’t be climbing towers again.

As you’ve all probably seen in the news over the last few weeks, Ukraine looks like it’s slowly being absorbed into Russia’s cold, hard bosom. Donetsk, in the east of Ukraine, is on the front line of this takeover. As you also can’t have missed, not all of the people in Ukraine are anti-Russian. There’s plenty of pro-Russian groups in the east of the country, especially in the older population who still consider themselves Russian anyway.

I found this video today of a pro-Russian Ukrainian man who decided to show his undying love for mother Russia by climbing a huge tower to place a Russian flag at the top. It’s a pretty silly idea to climb massive things without any safety equipment in the first place. But if you’re as drunk as a lord it’s an even sillier idea.

The video is harsh x 1000, so please don’t watch it if you’re easily upset, it really is pretty dark. If you hit the floor so hard that your shoes fly off it’s not a good sign you’re going to survive.