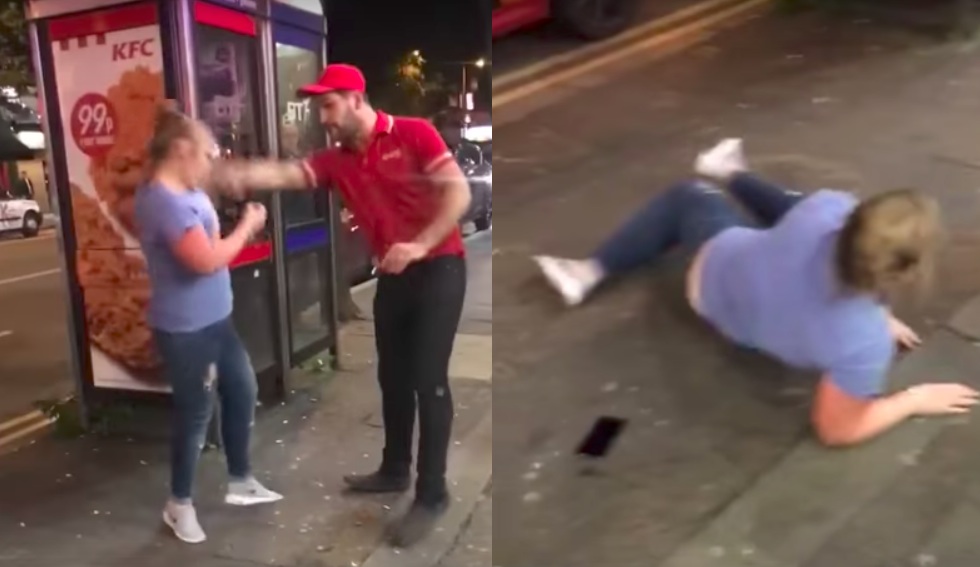 When the drunk munchies take over.

Sometimes there’s nothing better than tucking into a nice juicy kebab after a night out and judging by this video there’s also no bigger disappointment when you’ve been looking forward to one all night and are refused it at the final hurdle.

Taken in Northern Ireland, the woman in the video is so desperate for a kebab – even though it seems like the shop has closed or decided to not serve her – that she smashes the door to pieces and even bites the owner of the kebab shop in a desperate effort to get him to give her one of his special kebab wraps. Don’t think he’s going to be too accommodating after this performance though:

Geez. It’s pretty terrifying how wasted she is and how she keeps falling over and just coming back for more.

I guess maybe they should have just given her the kebab, although if she was being that belligerent and biting people inside they probably made the right call in getting rid of her. What an absolute mess.

For more kebab shops, check out this guy fighting the shop owner for a free kebab. Guess what happens?