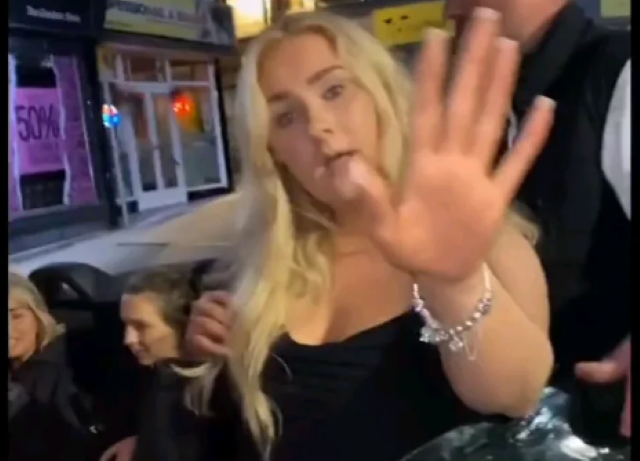 Fat-shaming vs racism – which is worse?

Being called fat by a stranger on a night out in Hertfordshire can be devastating, but is the appropriate response to hit back with racial abuse?

Probably not, and especially not when said stranger is filming the whole thing and sends it viral:

Tiktok took this down so here you go 😴 pic.twitter.com/iVmZY6Y0eV

Oh dear. The debate on social media around this clip is whether being called fat is as bad/hurtful as being called the N-word. The majority of people seem to think the answer is obvious – that racism is worse than fat-shaming and so calling someone the N-word is a greater evil than calling someone fat. I tend to agree, but I also saw a comment that made a good point – “the fat insult hurts more because it’s true.”

Either way, every person in this video is kinda terrible, except maybe the guy who was trying to usher the girls into the car and bring the situation to a close. A bunch of people have already identified the girl on social media and are flooding her employer with messages too, so I’m guessing there’s a p45 on the horizon there. You live and you learn.

To meet the owner of a takeaway shop who admitted ‘I am a racist’ after refusing to hire Indians, click HERE. Honesty may not be the best policy in this case.