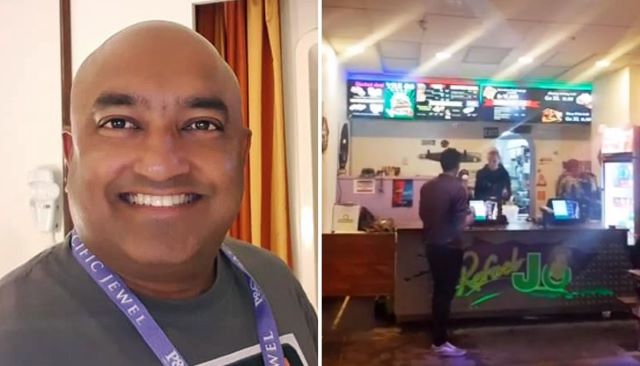 The owner of a takeaway in Hamilton, New Zealand, has surprisingly conceded that he’s a racist after coming under fire for refusing to hire Indians and racially abusing customers who left bad reviews.

Girish Kuruvilla, who you may notice is Indian himself, owns Refuel Jo – a late-night burger joint that prides itself on being open until 4am for “food and party”.

Girish refuses to employ Indians – despite being of Indian ethnicity himself – because it’s a ‘New Zealand shop’ and he wants to give job opportunities to Kiwis instead.

Indians want me to sign immigration documents and all that bullshit… Kiwis work hard, do their job, come back the next day. I’m happy as employing Kiwis.

He then straight up admitted he was racist:

I am a racist… I’m actually very sorry to say I am 500 percent racist.

Lol. As you can see, his outlook hasn’t exactly done the business any favours on Google…

Girish even takes the time to personally respond to one-star reviews by calling the reviewers Indian dogs and racially abusing non-Indians also.

Incredible. For all we know the food at Refuel Jo’s is actually pretty good but obviously you’re not going to curry any favour (pun not intended but intended) when you’re dissing Indians or any other ethnic group as a business owner. The people will get together and use the power of the internet to bring you down. We’ve seen it happen time and time again to businesses who cross their customers over the years.

Girish does seem to believe though that the negative publicity both on Google and in the Newshub article will actually bring clientele to his business, and who knows? Maybe he’s right. As awful as his comments are there is something kinda amusing about someone being so openly racist against their own race. Never forget:

For the white curry worker who won a racism case after being told “you’re not Asian, you can’t cook”, click HERE. Can’t we all just get along?