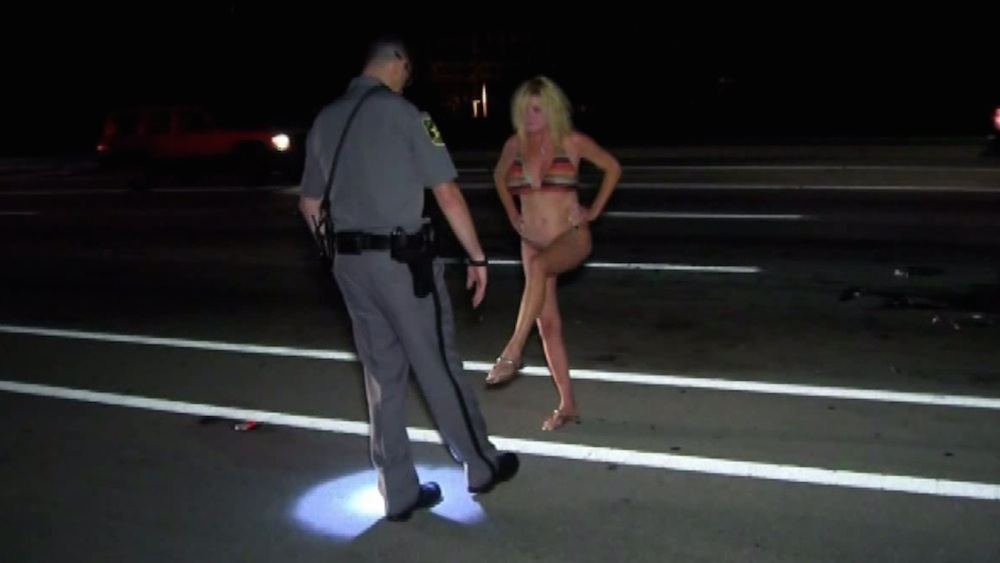 A 49 year old grandma – which is a pretty impressive feat when you think about it, especially when her grandson is 10 – named Patricia Ebel was arrested for a DUI the other day in Naples, Florida after she crashed into the back of a Mustang at an intersection.

That’s not really that big news, but when you add into the mix that she was wearing only a bikini and had her ten year old grandson in the back seat of the car then it does make it to the international news. Especially where there’s a video of the incident too.

Unsurprisingly Ebel failed the field sobriety test massively – although she did claim that she couldn’t stand on one leg on a good day. Apparently she reeked of alcohol after an all day pool session with her grandson, where she had allegedly been hitting the cocktails. Her blood alcohol level was more than twice the legal limit.

She’s now facing DUI charges with a minor in the car. Fortunately the child was uninjured and seems unfazed by the incident – even running up to hug his grandma as she was led off in cuffs. The driver of the Mustang suffered minor injuries, but will probably sue her for whiplash knowing Americans.

It could have been worse though. The grandma could have been driving whilst she was on new designer drug flakka. Now that would be messy, like this guy who took it and ended up having sex with a tree.