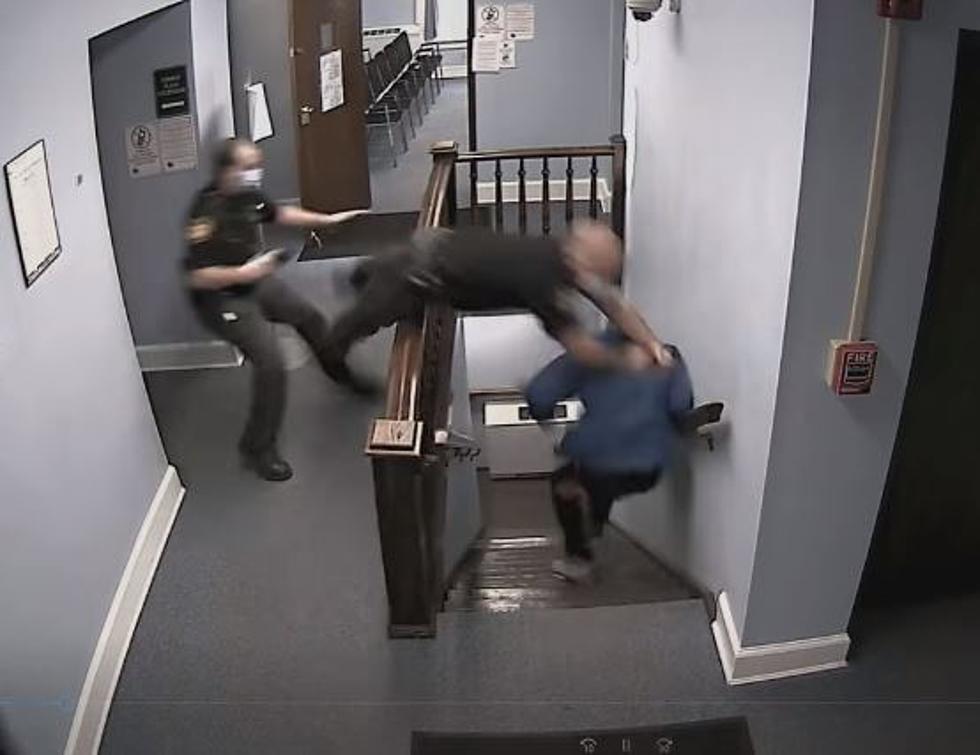 An Ohio drug convict has been on the run since Tuesday after pulling off a pretty impressive escape from custody as he was led into court to face charges.

Nickolaus Garrison, 34, shook loose from deputies and bolted from the Highland County Courthouse, where he was to be sentenced on a felony meth possession charge:

Big up that police officer diving head first over the railing after this dude. Talk about dedication! Unfortunately he completely missed and ended up breaking his ribs and possibly suffering a concussion as well, not to mention blocking the staircase for his colleagues to continue the chase. He did come close to capturing his man though – will give him that!

As per the NY Post, County officials are now asking for the public’s help in locating Garrison. He faces up to a year in jail and a maximum fine of $2,500, though you’d have to think they’ll make an extra example of him now since this clip went viral. I’d imagine the first thing he did was shave that blue hair off or dye it a different colour, if he’s got any sense.

Pretty amazing to think that in 2020 anyone can escape from an American courtroom, outrunning police and getting caught on dozens of surveillance cameras, and still be at large almost a week later. Like I said – impressive. Let’s hope they get their man though, as awesome as that clip was.

Oppositely, here’s what happened to a pair of criminals in Brazil who tried to escape police while already handcuffed. Ouch.