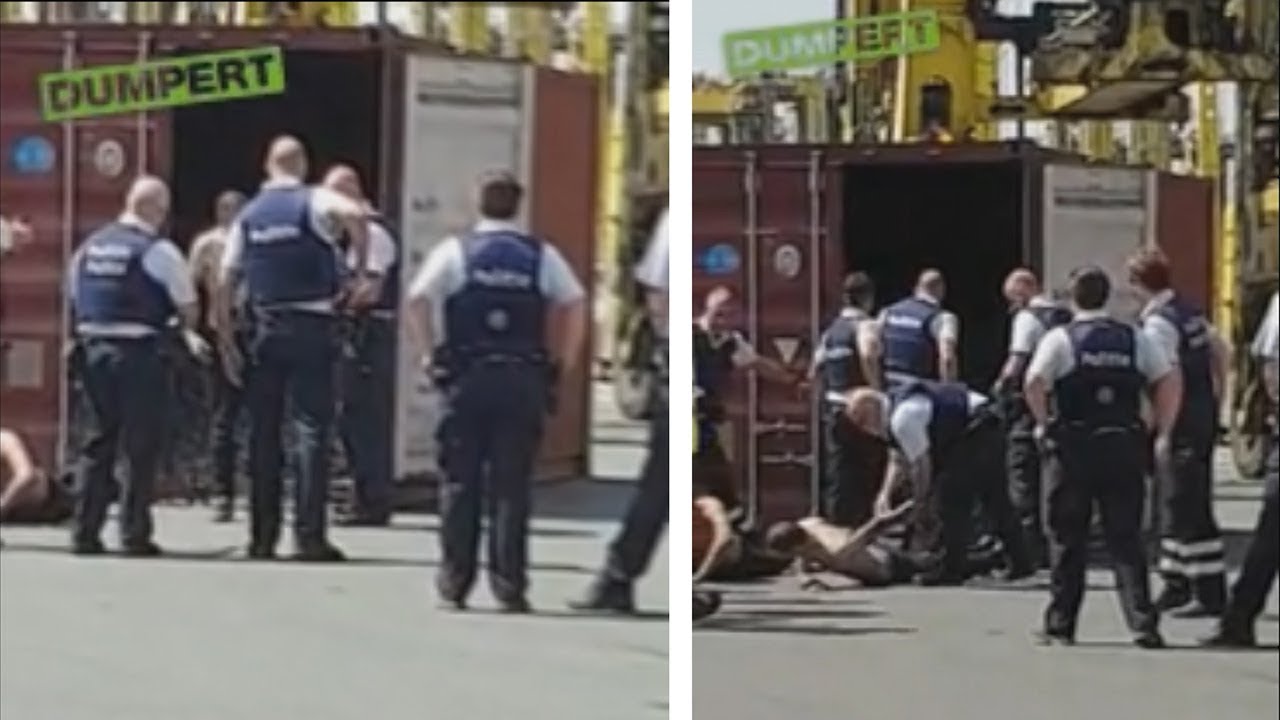 One final sesh or call the police?

Two Belgian drug traffickers were forced to call the police on themselves after they locked themselves in a shipping container full of cocaine on the hottest day of the year.

The two men, aged 24 and 25, became trapped for several hours as the European heatwave recorded a record high of 40.2 C for Belgium.

Instead of accepting the fact they were going to die and having one final mad sesh in the container, the two decided to ring up the police and tell them they were trapped.

“Which container?” asked the police. There were thousands of them at the Port of Antwerp. Luckily the police only took 2 hours to find them because they would definitely have had to start doing cocaine if they waited any longer.

They called the police to get them out of there, because the container was locked from the outside.

By the time they were rescued the two men had stripped off and were so exhausted they couldn’t stand. Look at these two plonkers:

Pretty embarrassing, and now they have to go to jail for a long time on top of it. Still that’s probably preferable to dying a slow delirious death from heat exhaustion and then getting found in the container anyway.

For the unreal video of the US Coast Guard jumping on a Narcotics submarine in the Pacific Ocean and arresting a bunch of coke smugglers, click HERE. Elite stuff.