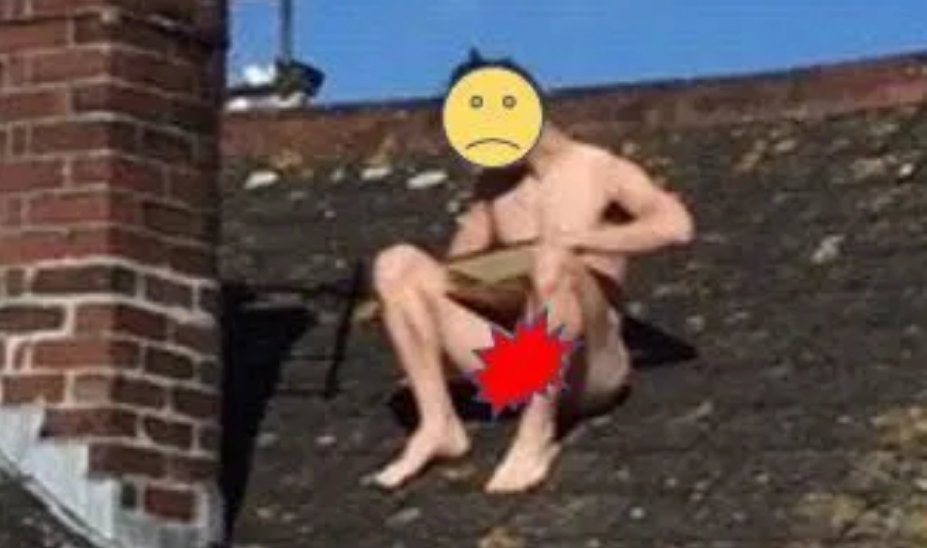 When you’re a drug dealer who has just realised he’s being raided, it makes sense to try and get the hell out of there and run away as fast as you can.

What doesn’t make as much sense is climbing through the house’s skylight and sitting naked on the roof as police find cocaine, scales, weed and cash in your room.

Well that was the tactic used by one Torquay drug dealer as his stash got raided this week. For some reason, the guy was fully nude and had his hands full of weed as he scrambled onto the roof: 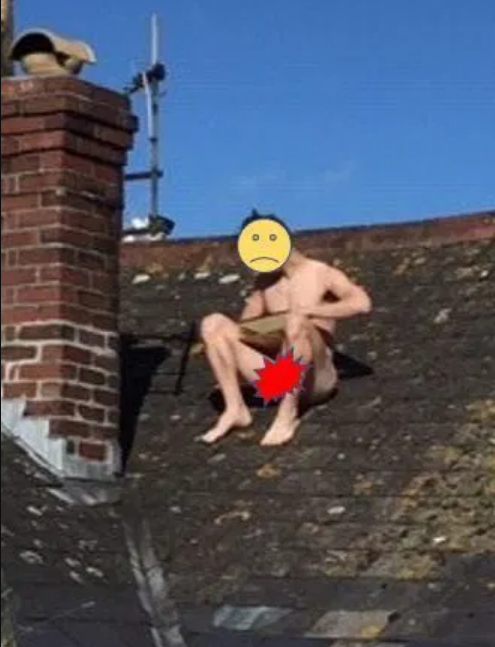 He was quickly persuaded to return inside.

The force also said they’d been “relentlessly busy” during the lockdown period, seizing 12kg of cannabis worth £120,000 in the same area last week. They also found £25,000 of cocaine inside a van stopped on the M5, before setting their sights on this lad.

What I don’t get is why this fella didn’t drop down from his roof and start legging it? After all he’d already gone to all that effort of getting naked, grabbing two handfuls of weed and climbing up through the skylight. Why stop there? Why not give yourself a chance at freedom?

Not only that, the police even issued that statement saying he was “quickly persuaded” to return inside, which just makes him sound like the biggest p-ssy ever. Well OK we don’t know whether he might’ve broken his ankles jumping off the roof or whether escaping would mean he’d only get caught again later on that week, but still, you can’t just climb up on your roof and sit there naked like an idiot as the police raid your house. That’s how you end up with your picture in The Sun when it should have been just another routine drug bust. Oh well, better luck next time.

For the Grimsby drug dealer who got raided after seeing 100 visitors a day while in quarantine, click HERE. Not very smart.