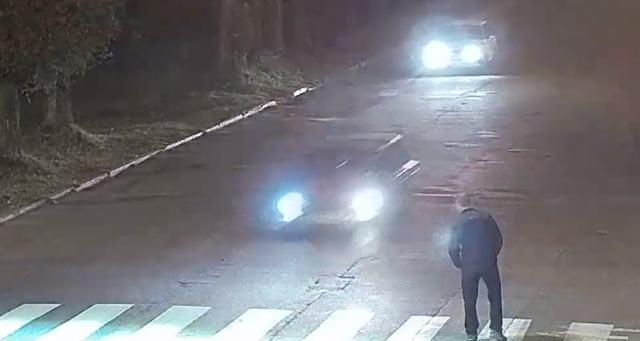 This video out of Ukraine was uploaded onto Liveleak earlier, and shows a drunk man loitering on a zebra crossing when, as fate would have it, he finds himself in the wrong place, at the wrong time.

A bloke in a banged up lada drives past him and it looks like the drunk guy stares him out as he drives past. Just so happens the guy driving is a lunatic and so he reverses all the way back up the road, steps out of the car with his buddies, and knocks the man out:

Wow, he really took that personally didn’t he? Maybe he recognised him as his mechanic or something? Because I wouldn’t have been surprised if that car broke down there and then and those four guys had to push it all the way home.

What’s really sad is how the guy sobered up quick-time when he realised they were coming back for him and tried to put his head down and keep on walking. Unfortunately for him Ukraine is basically a real life GTA. Let’s hope he wasn’t banged up too badly.

For the Ukrainian woman who was being ignored at her work meeting so started spraying everyone with titty milk, click HERE.