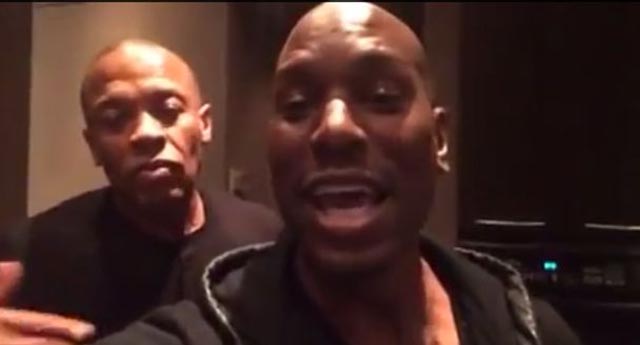 Did Dr. Dre just wake up with the biggest hangover/drunken regret of his life?

So things have gone a bit quiet on the $3.2 billion Apple/Beats deal and there’s a reason for that — Apple aren’t best pleased about the video Tyrese posted online in which a drunk Dr. Dre makes sure everyone knows that he’s about to become the first billionaire in hip hop, while Tyrese crip-walks and says they are “drunk off of Heinekens”.

Perhaps not the smartest of moves but then again what did Apple expect? Most people who get a $3.2 billion pay day are going to go pretty mental about it, so naturally one of the brashest dudes in hip hop history is going to do likewise. Poor guy probably woke up hungover the next day freaking out about the video and silent treatment that Apple are giving him.

â˜› More Dr Dre: You Won’t Believe What Dr. Dre Wrote In This Letter To His Girlfriend 20 Years Ago

Would be very surprised if the deal actually falls through because of this though, it’s likely Apple are just stalling any further announcements until Dre calms down a bit. Still, $3.2 billion potentially hanging in the balance because of one gassed up, drunken video – and you thought you had regrets about being drunk:

â˜› Watch Next: US Rappers Film Video In North Korea