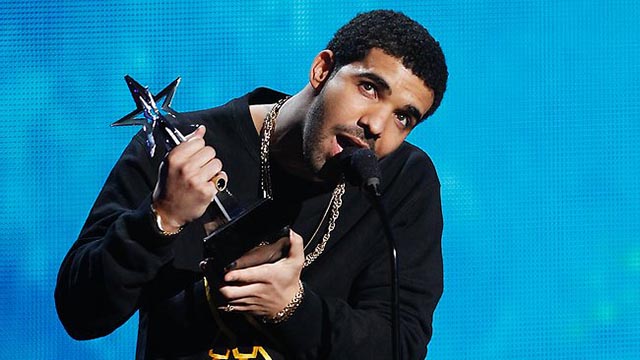 Drake might be a little bit embarrassed to hear this one got out.

This story was sent in to popular urban news website Mediatakeout, which gets loads of groupies sending in stories about hooking up with rappers/sports stars/actors. This one involving Drake is pretty special.

I know you probably have women writing in talking about sex with rappers and athletes all the time, but this is my experience with Drake.

We met through mutual friends, and we hung out a few times before he finally decided to give me the d*ck. It was at his house in California. It was really far from the club, maybe like 45 minutes, in the middle of nowhere. But every house in his neighborhood is a mansion.

Him and his boys brought me and a few girls back after a night at [LA CLUB]. As soon as we walked in the door, it was like we entered the White House. Security was tight, he made all of us give up our cellphones and sign a contract. Then a security man took a photo of our drivers licenses. MTO I ain’t never seen nothing like that.

We all were drinking and smoking, and Drake took me to his room – which was GIGANTIC. He took off all his clothes, and mine and laid me down and started eating me. His d*ck is not really big, but it’s THICK.

I must have c*me like 3 times while he was doing it. On after the other, after the other. I have had my box eaten hundreds of times, but no one has EVER done it like Drake. He has a real talent. His tongue went from p*zzy to butt, back to p*zzy. I think I c*me out of both.

He then laid on his back and was like “My Turn.” MTO I was ready to suck the OXYGEN outta him and I did. After a few minutes he started pushing my head down, towards his b*lls. I sucked on them for a while and he pushed me down FURTHER to his butt hole. I never did that before, but it was Drake do I’m not gonna lie I did it.

It was weird eating a man’s butt like that, but I’m a freak, and it was Drake LOL. He was laying there on the bed with his leg spread open and my face in his butt and his legs shaking. I wish I had a camera and could see what was happening from far back.

But MTO, my review of Drake is incomplete cause I never really got the d*ck. I’m embarrassed to say it, but Drake enjoyed getting his butt ate so much that he n*tted. All over my new weave. I can’t really complain though cause the man has a tongue of GOLD and I already got 3 nuts.

After it was over he was cool. He told me that I could take a shower in his bathroom, but that there were cameras everywhere so I shouldn’t try and steal ish.

He would text me every now and then when he came to [HER TOWN] but we never got to meet up. He always changed his mind :(. I’m getting back at him though by sending you thins. I’m pretty sure he doesn’t want the world to know he likes his butt eaten.

OK then. Decent ammunition for the next rapper who wants to take a few shots at him? Or is getting your butt hole eaten something we should all be more open about/willing to try? Either way, sounds like this girl is an absolute pro at it.