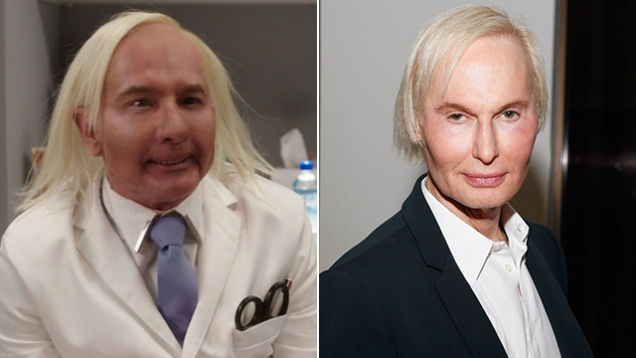 Dr. Fredric Brandt — the famous celebrity plastic surgeon who’d done work on the likes of Madonna — was found dead last night after hanging himself in his Miami home. His publicist said:

He passed away this morning. He was suffering from an illness. Everyone who knows him is devastated… I worked with him for over 20 years and he was an amazing man, not only was he a brilliant doctor, but he was the kindest human being.

People are now saying that he was devastated by the Martin Short character on TV Show ‘Unbreakable Kimmy Schmidt’ that he believed was blatantly based on him:

Dr. Brandt's publicist says he was suffering from an "illness". Sources close say that illness was depression.

Really sad to think this guy saw himself being ridiculed on TV and decided to end it all based on that. Obviously he must have had issues already to be that fragile but not a nice thought knowing a dumb sketch show pushed him over the edge. It’s even sadder when you consider this quote he once gave when asked why he works so hard:

I want people to feel they haven’t given up on life and are still in the game.

I guess even in a world where you can literally get a permanent smile via plastic surgery, it’s what’s going on on the inside that really determines who you are.