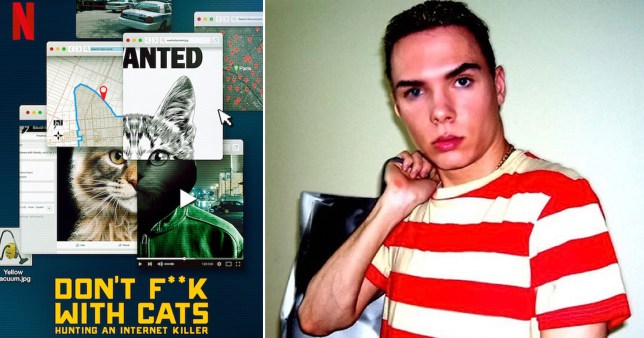 A nice end of term treat for the kids.

Anyone who’s seen Netflix documentary ‘Don’t F*ck with Cats’ – about the crimes of serial cat (and human) killer Luka Magnotta – knows it isn’t exactly classroom material, but that didn’t stop one teacher over in Canada showing the doc to their class on the last day of term before the Christmas break.

This resulted in one student at the Vancouver school ‘crying and upset to the point of being hysterical and vomiting’, as the Surrey school district confirmed they had received complaints from parents and are investigating the incident.

No doubt many adults would be disgusted and horrified if they witnessed something so awful and so violent. But for children, the damage is incalculable.

The doc itself is worth a watch if you’re into true crime documentaries and are of an age/disposition where you won’t go into meltdown at the sight of cute kittens being prepared for murder. I’m not really a cat person and even I had a hard time watching actual footage of the baby cats moments before they’re killed (Magnotta would stream the murders online).

It’s a fascinating, compelling and truly disgusting documentary with a satisfying payoff, and what I like is that the focal point is about the internet heroes who became obsessed with catching the cat killer and ended up doing an unreal amount of detective work on the dude which ended up saving both kitten and human lives.

As for Luka Magnotta himself, the guy is top tier villain. His obsession with films like ‘Basic Instinct’, all the little clues he would leave behind, the victims he chose and the videos he made. Just a completely evil psychopath who would have carried on killing forever if he hadn’t have got caught. Not recommended for schoolchildren, clearly. Not even as an end of term treat.

For a look at what Luka is up to now, click HERE. The guy got married to another inmate and is loving life in prison.