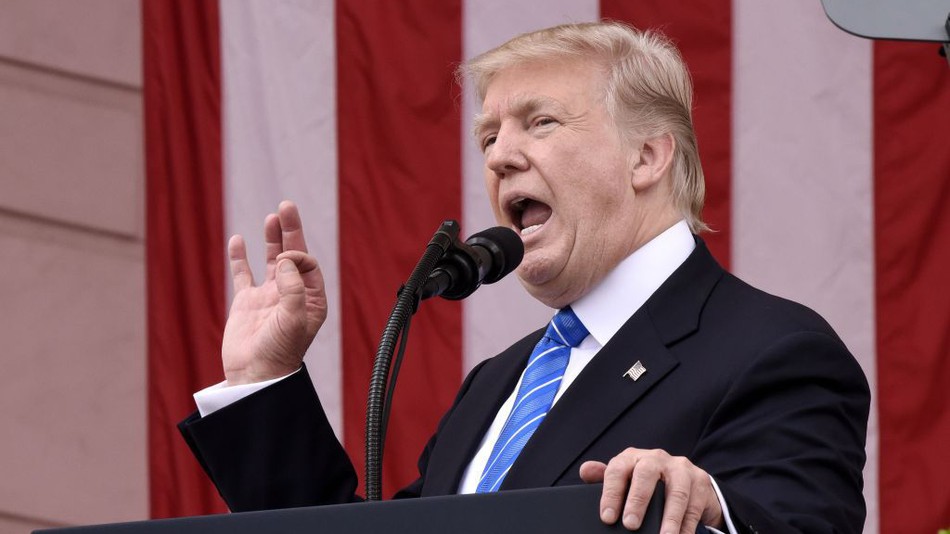 Even more insane than usual.

Donald Trump is well known for being highly active on his Twitter account, and whilst most of his tweets might be pretty controversial and outrageous, there’s never actually been a point where they have descended into nonsense and not actually made any sense.

Until now that is. Last night before Trump went to bed at around 12:06am, he decided to send the following tweet, which was amazingly still up at the time of writing (we’ve screenshotted it as well though in case it gets taken down): 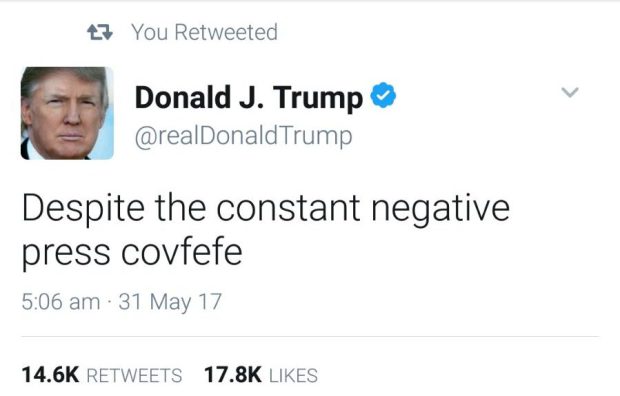 I mean wow. What the heck is covfefe supposed to mean? What was Trump even trying to say there and how could he be so careless as to send it out before he’s finished writing it? Oh yeah, because he’s Donald Trump.

The best thing about this though is that nobody from his staff has had the balls to knock on his door and let him know that he’s sent out this absolute nonsense and the world is completely rinsing him about it. I’m looking forward to about five hours time when he wakes up and realises what’s going on. No doubt there will be a perfectly reasonable explanation for it.

For more of Trump being an idiot, click here. So much material.