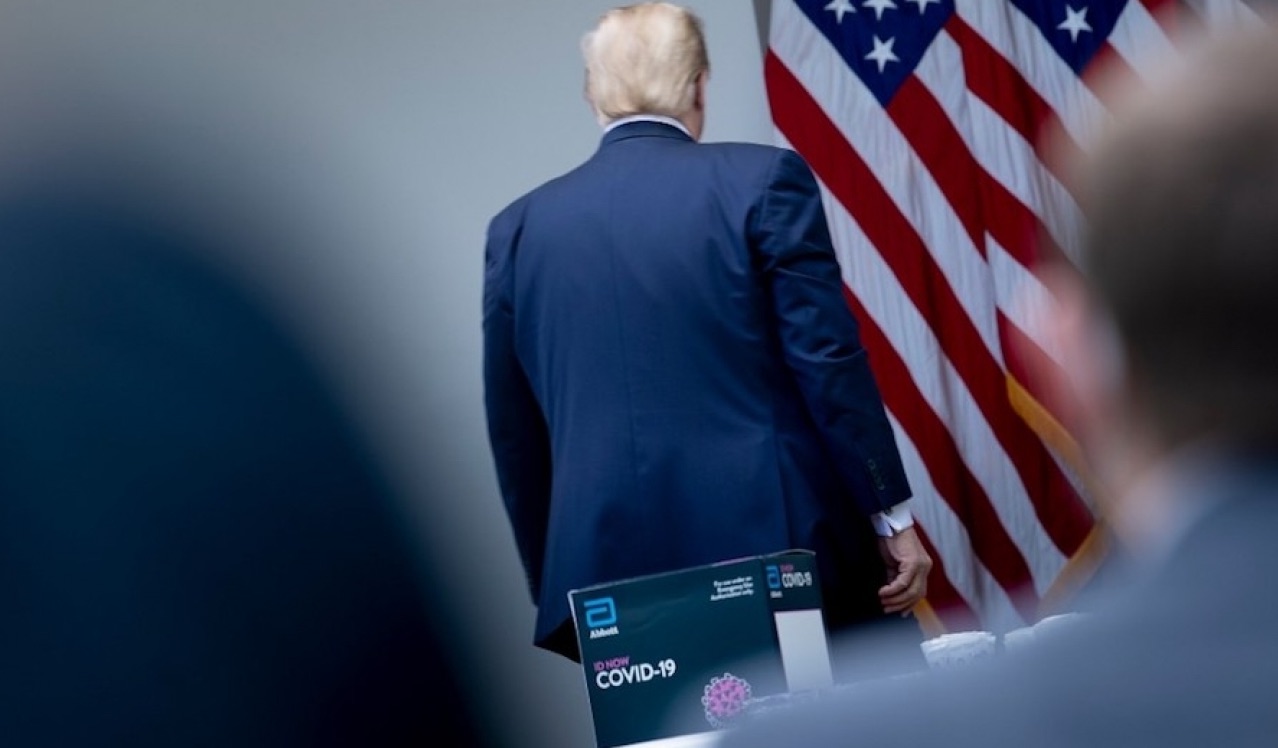 Trump is having a meltdown.

We’ve been focussing mostly on the inept response of our government to the Coronavirus pandemic in these pages in the last couple of weeks, but it’s not really anything compared to what’s going on in the United States which looks like it’s by far going to be the worst hit when this is all over.

Donald Trump attempted to shift blame – or at least attention – onto Obama over the weekend by coming up with a new conspiracy theory about him which sort of relates to Obama expressing his handling of the pandemic as a disaster. It also relates to Obama’s dismay at the fact that the justice department is dropping charges against Trump’s former national security advisor Michael Flynn, who lied about meeting Russian ambassadors in 2017 and was subsequently fired. Both comments were caught on a recording that was obtained by Yahoo News.

Anyway, that’s where it started but Trump went down the wormhole with it on Sunday, tweeting and retweeting weird conspiracy theories about Obama and his administration all day. He posted 126 times in all – the second most during his whole Presidents. Obviously the press were gonna ask him just what he meant by all this during the briefing last night and Trump responded in his usual manner, talking absolute nonsense when asked directly about it, before throwing some casual racism about and then throwing a tantrum and walking off:

REPORTER: You accused President Obama of a crime yesterday. What crime are you accusing him of?

TRUMP: “Obamagate. It’s been going on for a long time…”

REPORTER: “What is the crime?”

TRUMP: “You know what the crime is. The crime is very obvious to everybody.” pic.twitter.com/H7GPZcA9kD

Did he just say ”China” like that to her? Wow, this man has no respect for women and damn sure none for women of other ethnicities. I know you have to be professional, but how don’t they clap back when he does this?!! #TrumpMeltdown pic.twitter.com/No8vcM8Yv6

Classic Trump. I suppose in fairness, it’s got everyone talking about something else rather than his response to the pandemic, so it’s achieved its goal in that respect, but everyone is talking about how stupid and baseless is accusations are. Typical Trump though I suppose and it probably wouldn’t really be news unless something like 80,000 people had died in the US because of his ridiculous response to the pandemic. Fantastic.

For more of the same, check out Trump reacting furiously when a picture of him became a meme. Grow up dude.