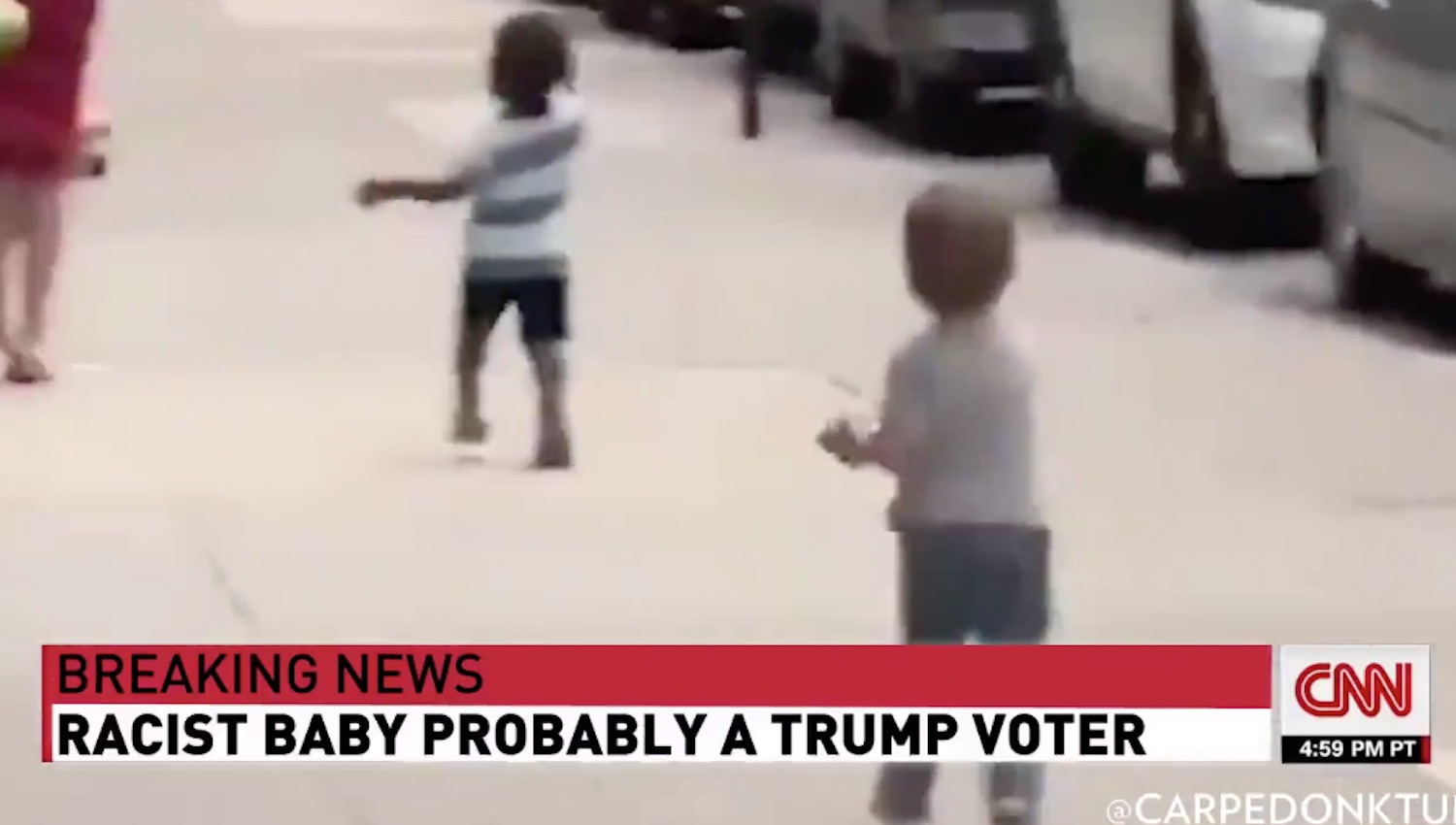 He keeps topping himself.

It’s becoming almost a monthly event when Donald Trump tweets the most ridiculous thing yet, but I feel like some of it is just so stupid that I have to cover it.

I mean you might as well just watch this because it tells its own story and is pretty effective as well – if only the subject matter wasn’t so stupid.

I mean wow, why the hell was Trump so upset about one of the stupidest headlines in history – if it was even real – that he felt the need to get someone to cut a video debunking it? If it wasn’t real, why the hell did he pick such a stupid example to illustrate his point and not, you know, something that was actually happened that was fake news that would elevate his grievance even further?

Probably because there isn’t ACTUALLY any fake news out there about him, it’s just him spouting shit all the time at the media calling him out for his bullshit. What af fucking loser.

When will it end? I mean we’re all hopeful it’s November but I wouldn’t bet your bottom dollar on it. Looks like we could have four more years of this shit.

For more of the same, here are some young Trump supporters singing a song about him. Embarrassing.