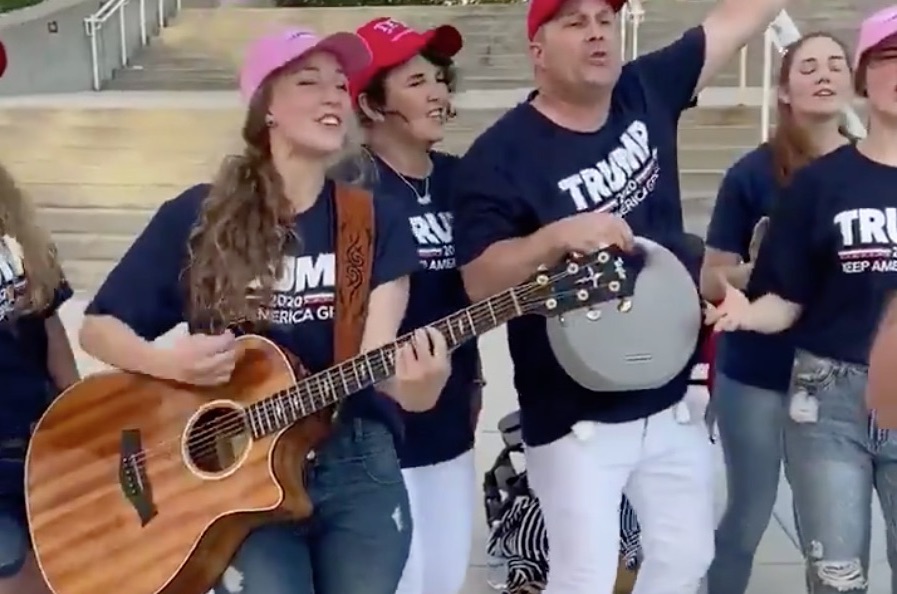 You know how those jingles that are absolutely awful also somehow end up being so catchy that they end up staying in your brain your whole entire life – well here’s another one and it’s possibly the worst one yet for a variety of different reasons.

You might have forgotten it’s an election year over in the USA what with everything going on in the world in 2020, but clearly some Trump supporters in Tulsa haven’t as they’re taking the time to get out onto the streets and sing their annoying jingle about re-electing him for another four years. It’s hard to believe that this is actually real and not a parody, but it seems like this is a fairly accurate cross section of what it’s like in Oklahoma:

Wow. Can’t believe people like that actually exist and seem relatively normal at first glance before you look at what they’re actually doing.

Most annoying thing about it is that the song and the harmonies are actually really catchy and well done – someone remarked that it even sounded like an old Dashboard Confessional song – and I can legitimately seeing it take off and becoming a major hit if some music industry suit snaps it up and plays his cards right. It’s the perfect soundtrack to 2020 really isn’t it? Kill me now.

For more of the same, check out this supercut revealing where all of Daft Punk’s samples come from. No doubt this will be showing up there soon.