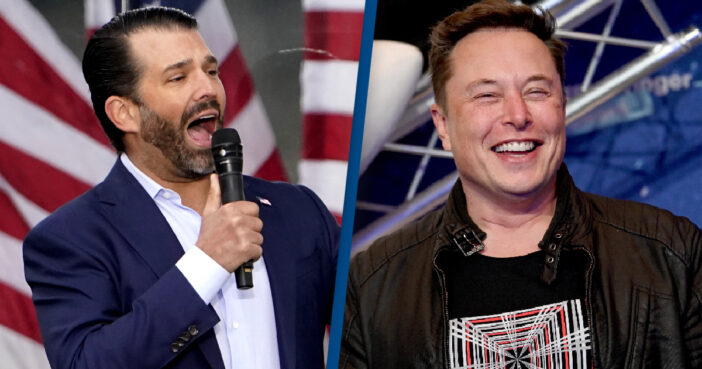 Match made in heaven?

It’s been fairly well documented that it’s been a bad week for Donald Trump all over the internet, with his ban from almost all forms of social media probably being the worst part of it all for him given how much we know he all loves to rant on these platforms.

There are those that have argued that his suppression from social media have impeded his right of free speech and whilst they might have a point, there’s also the very real argument that free speech shouldn’t be used to incite violence or undermine democracy which Trump was clearly doing last week. However, obviously people are still angry that they don’t have any way to hear from their favourite President any longer, so now Donald Trump Jr. has appealed to Elon Musk of all people to create a platform that will let his father be heard.

This guy put manned people into space. He did so privately. He took on big government and did it better, cheaper, faster than they ever could. This is the guy to do it.

I am not looking for a conservative echo chamber, I want a platform to argue my ideas vs someone else’s and not just people in a place telling me what I want to hear.

Elon why don’t you do that. Get out there and come up with a concept.

I think you are literally the guy to save free speech in America.

Good tactic to appeal to Elon’s ego there Don Jr. – seems like that’s traditionally a great way to get him to listen to you. Not sure if it’s going to work though.

Anyway, there’s no doubt really that Elon could come up with something better than Twitter as all he really needs to do is come up with a similar platform and then pump a billion dollars or so into promoting it and he can definitely do that. Whether he would want to or not is another matter entirely, but he does come across as a complete douchebag via his Twitter account so it’s probably a match made in heaven. Watch this space I guess.

For more of the same, check out what happened to right wing app Parler over the weekend. The tide really is turning.