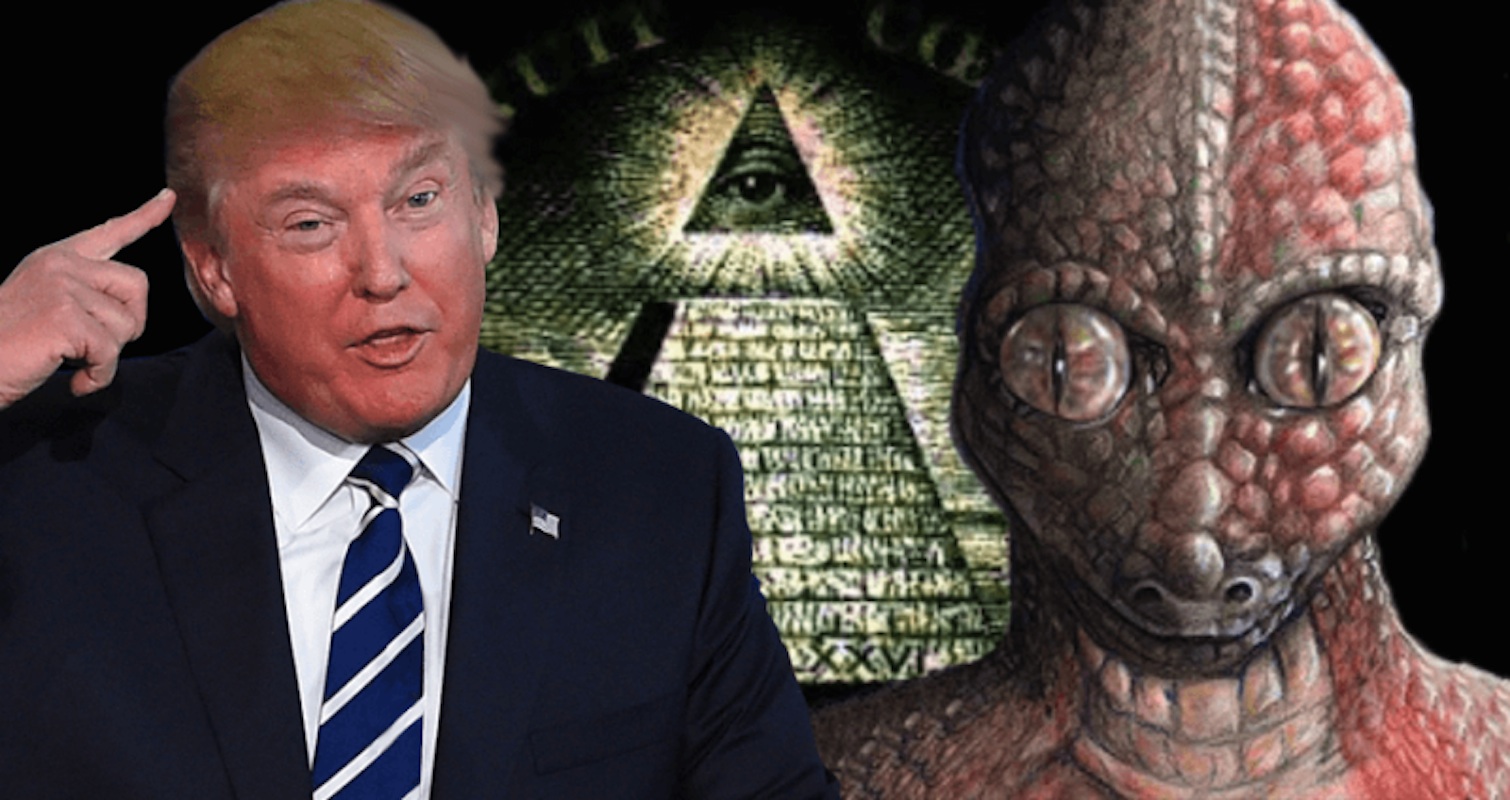 We need to put a stop to him before it is too late.

Yeah that’s right. People laughed at David Icke when he said that shapeshifting reptilian humanoids are the force behind a conspiracy to destroy the human race. They said he was crazy; they brought him on the Terry Wogan show and they laughed in his face.

Well it’s time to stop laughing people because we have got a serious problem on our hands. Yes, I’m talking about the Republican frontrunner Donald Trump AKA the alien reptile man who is going to be responsible for the destruction of our planet.

We’ve all read the previous theories on reptilian shapeshifters, and yes, I can see how The Queen’s face superimposed on top of a lizard head is not a very convincing argument. But guys, now it is time to wake up and smell the snake blood. Not only is it obvious Trump’s shell is a mere puppet for the alien overlord who is pulling his strings, but get this — HE IS THEIR LEADER. He sits at the head of the reptilian conference table, he comes up with the action plan for human enslavement and he decides what biscuits to have at their meetings. It’s Trump, guys — he’s the head reptile and he wants nothing more than the end of human civilization.

And guess what? It’s working. People are actually voting for the fucker. Well not any more Trump. Just like Michael had to brutally slay Max after an epic vampire battle in The Lost Boys, so do we need to quash this wrinkly, racist sack before he gains the ultimate political power and defeats us all.

Don’t believe it? Have a read of this and then get back to me:

His shell is fooling no one 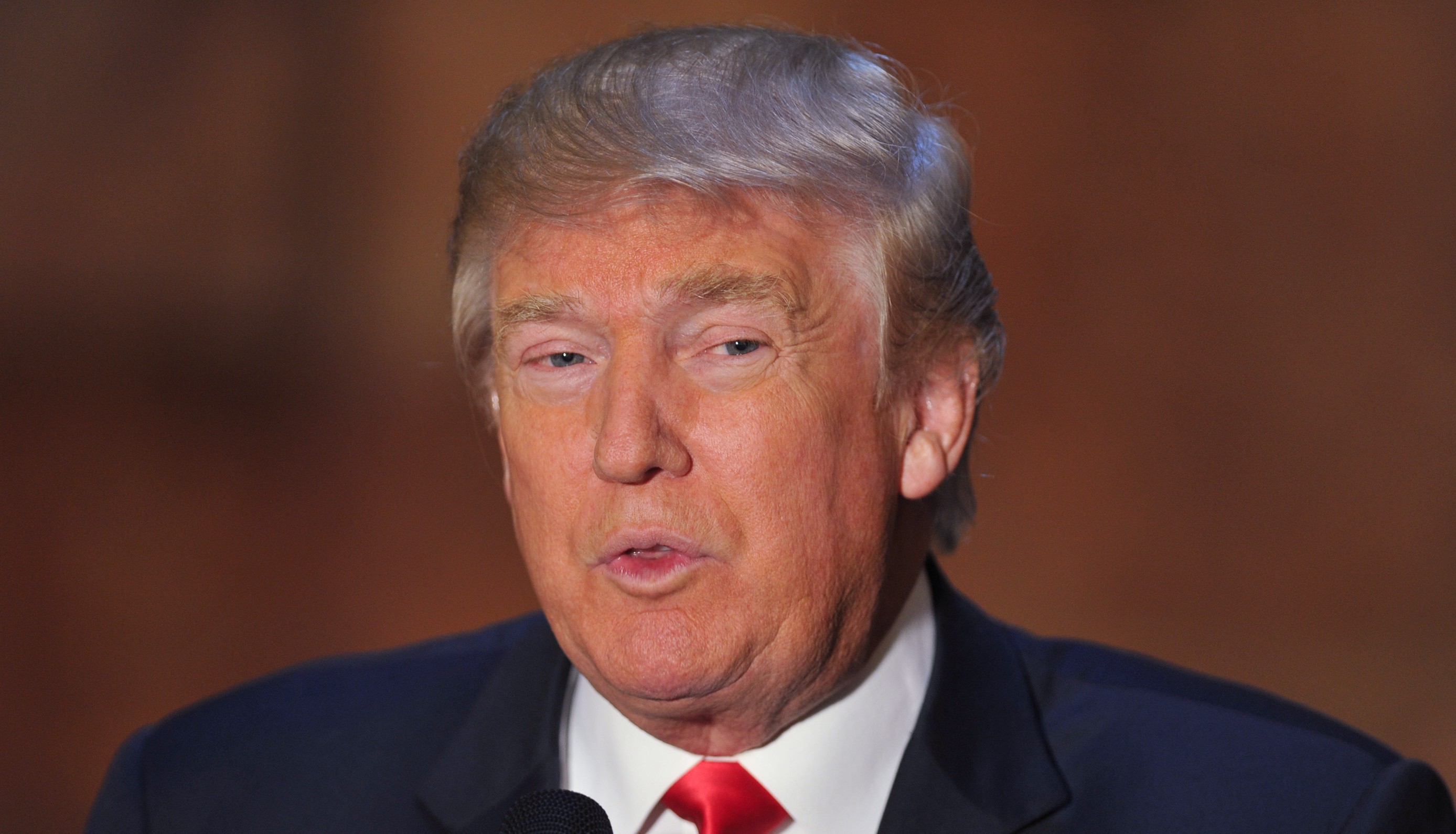 I thought reptilian people were meant to be cunning and intelligent? But this guy missed a trick when he chose his human pod to inhabit….or did he?

Let’s start with the dodgy spray tan. You know the term, “you can’t polish a turd?” I think Trump is intelligent enough to know that he is one ugly mother fucker, orange or not. So why waste the money? Well, have you ever thought that he could be covering something up — maybe some lizard skin or where his face and body mask meet? I’m just speculating but I think it’s a pretty valid argument.

If the reptilian people do actually “wear” human shells and Trump is the leader and all, I bet he has to take his mask off more often than others – a bit like the leader in The Witches. So he needs something to distract us from those very visible mask lines.

On the topic of distracting features, what the fuck is that hair? Is it fake? Is it fluff? Is it a wondering dust cloud that got sucked into the gravitational pull of his head? It’s become such a confusing topic that a hair surgeon conducted an entire press conference trying to explain what it is. And we still don’t have an answer.

WAKE UP PEOPLE. He is using his very confusing physical form to distract us. Well that’s not fooling me, not anymore.

His wife is clearly a lizard 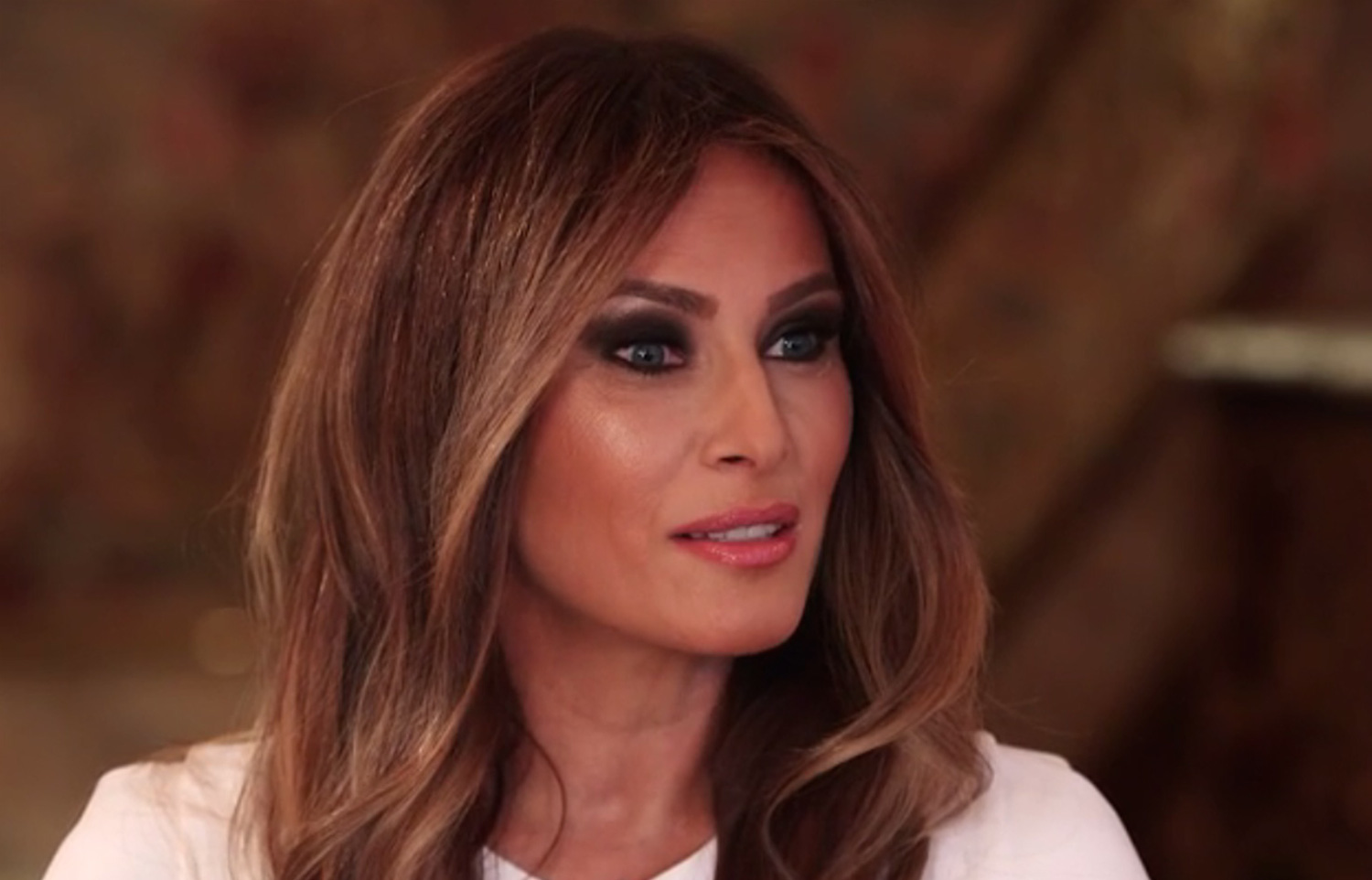 Donald Trump’s wife might be hotter than Ted Cruz’s but at least Heidi is a real human and not a lizard like Trump’s. Yes, that’s right, Melania is one too.

Melania is so confident that no one is going to call her out on her lizard descent that she didn’t even bother finding a human shell to take over. She’s right there out in the open in her full lizard body and no one has even said a thing. Look at that face — she is a lizard. Are you guys seeing the same thing as me?

Unlike Trump, she uses long hair and boobies to deter us from the real truth. Unfortunately she is not as good at covering up her secret as Trump, hence why he tries to keep her public speaking to a minimum:

Open your eyes — there are lizards all around us!

His eating habits are far from normal 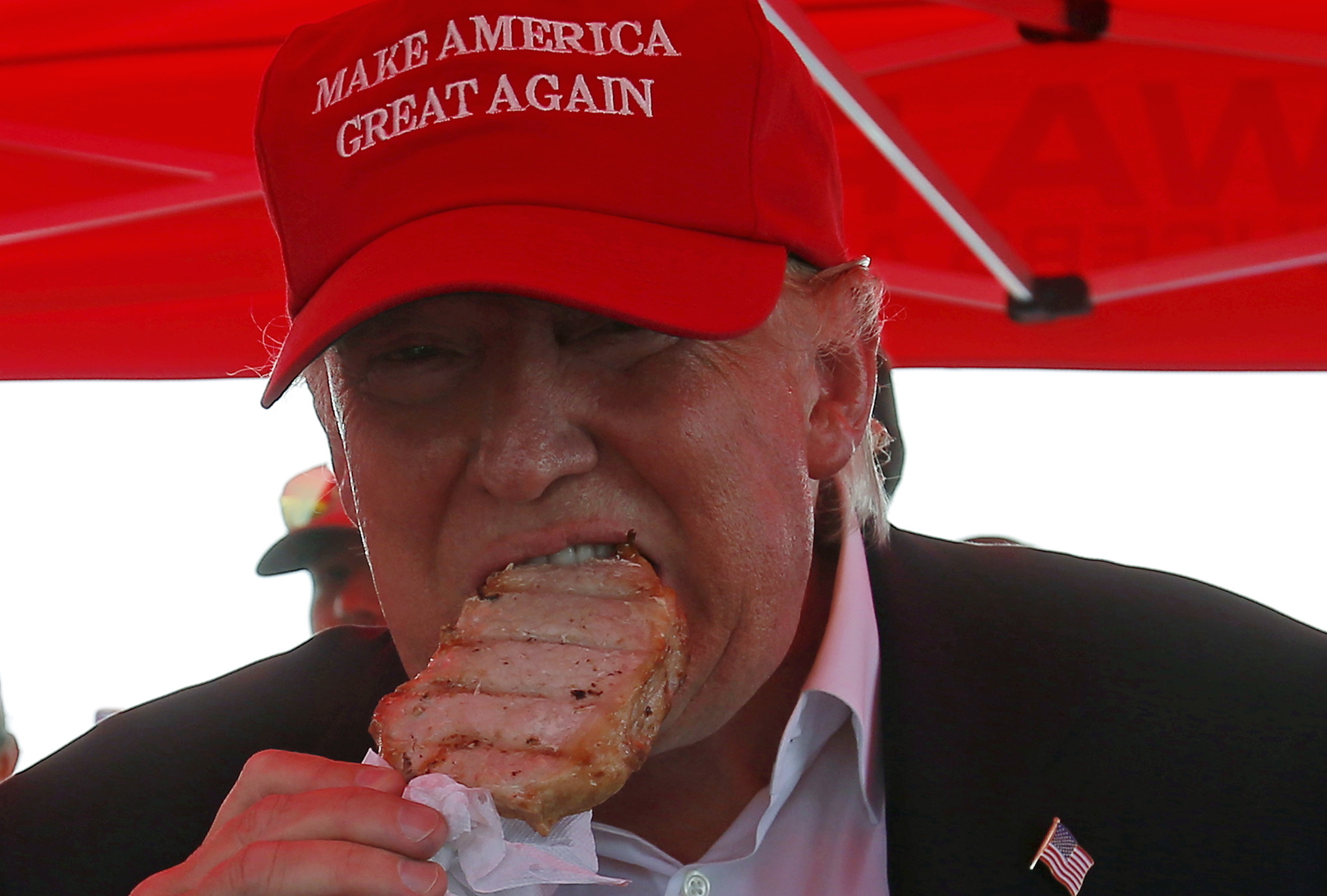 Donald Trump has been in the public eye for decades, but when do we ever see him eat? Yes, there’s been the occasional pizza here, hot dog there, but I wholeheartedly believe that this whole “junk food” saga is a forced image to try and appeal to his audience. People who vote for Trump are generally also the kind of ‘Mericans who live off cream cheese stuffed burgers and deep fried butter.

Do you really think he’s enjoying that glob of pig fat trickling down his chin? Of course he isn’t. He is just forcing it down, biding his time until he is finally able to feast on the flesh of a young child. Until then, he’s just having to make do with all that junk.

An absolute sterling piece of evidence for this is his choice of McDonald’s. Do you know what his favourite order is? ‘The Fish Delight’. Firstly, he doesn’t even know how to pronounce it – it’s a ‘Filet-O-Fish’, Trump. And secondly — Filet-O-Fish? FILET-O-FUCKING-FISH!? Why would a brain-holding, sane-thinking human being on this planet earth say their favourite McDonald’s order is a Filet-O-Fish? Answer is, they wouldn’t. Trump’s human cover is usually flawless or distracting, but you ain’t fooling us with this one. You fucked up.

He relishes in conflict, big and small 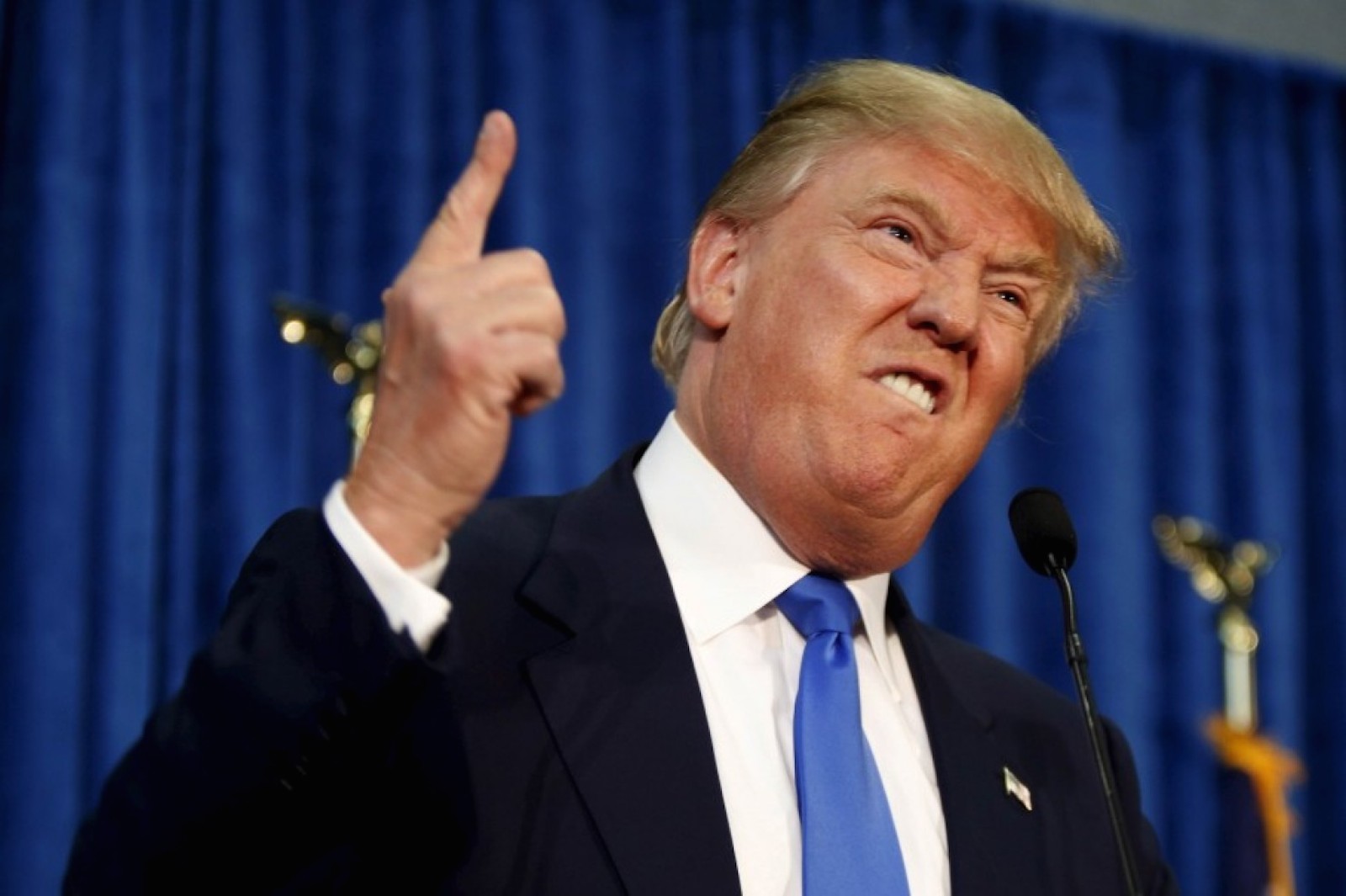 Many theorists argue that the reptilians are the high up politicians who use human fear, guilt and aggression as energy, which is why they relish in human conflict. Well, if we ever needed proof of this, look no further, because there hasn’t been someone who has benefited from the conflict between humans this much since Adolf Hitler.

Whether he will build a wall along the US-Mexico border or not doesn’t really matter to Trump. The main reason for this proposal was to ignite a war between his supporters and the rest of the world and boy, oh boy, did it work. You only need to look at some of the past Donald Trump rallies to see that he has created a constant feeling of fear, hatred and angry confusion.

But here’s the bit that tells us he is their leader. Unlike George W. Bush or Ronald Reagan, who managed to create a feeling of tension between two sets of people such as Muslims and Christians or Left Wing and Right Wing, Trump is causing havoc in any area possible. Just check out his ongoing battle with Ted Cruz — a fellow member of the Republican party. A bit of competitor’s banter is healthy, but not this WWE style fight talk. He’s created such a ruckus in the US that people are confused who they are supposed to be hating.

Beware people. He’s clever, this one. Stop being a hater and start to realise there really is only one enemy and it comes in the form of a scaled, desert dweller.

We must put an end to this now 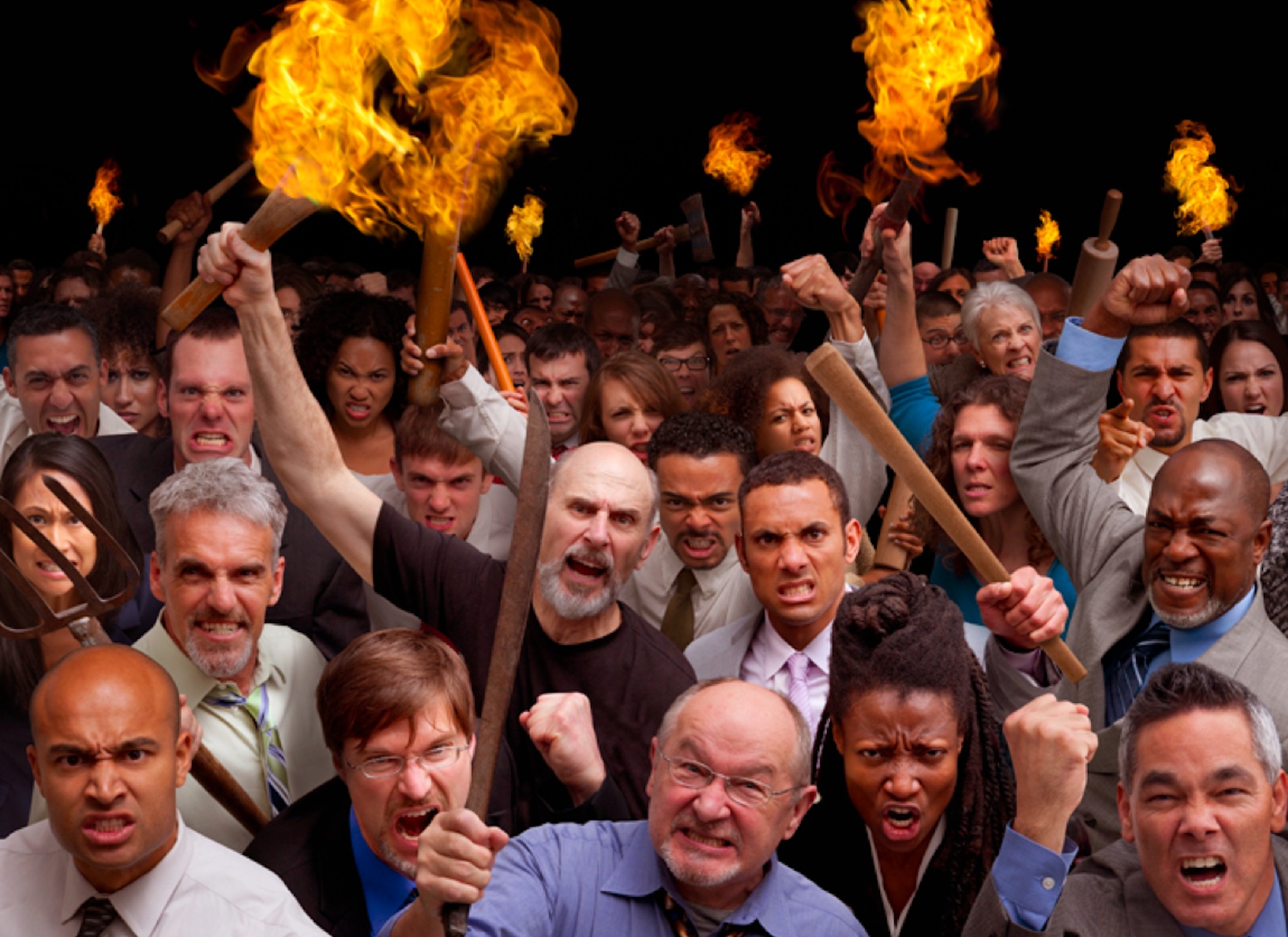 By now you are probably sitting on the edge of your seat, eyes-wide and pulse-racing. You’ve seen the evidence and you too know in your heart of hearts that Trump is a reptilian. How did you not see it before? Don’t beat yourself up — as we’ve all seen, he is a very deceptive and intelligent leader.

Question is, what is the plan of action? I must give props to the guys over at Anonymous for declaring an online war on Trump.

But with something this powerful and imminent, I think physical force is a much more appropriate proposal. We need to slay the reptilian overlord before it is too late. The elections are coming up and if he gains power over the US that is it – say goodbye to your freedom because we are going to be mere human slaves for the shapeshifter population.

Who’s with me? Grab your pitchforks and your Filet-O-Fishes and let’s ‘av him.