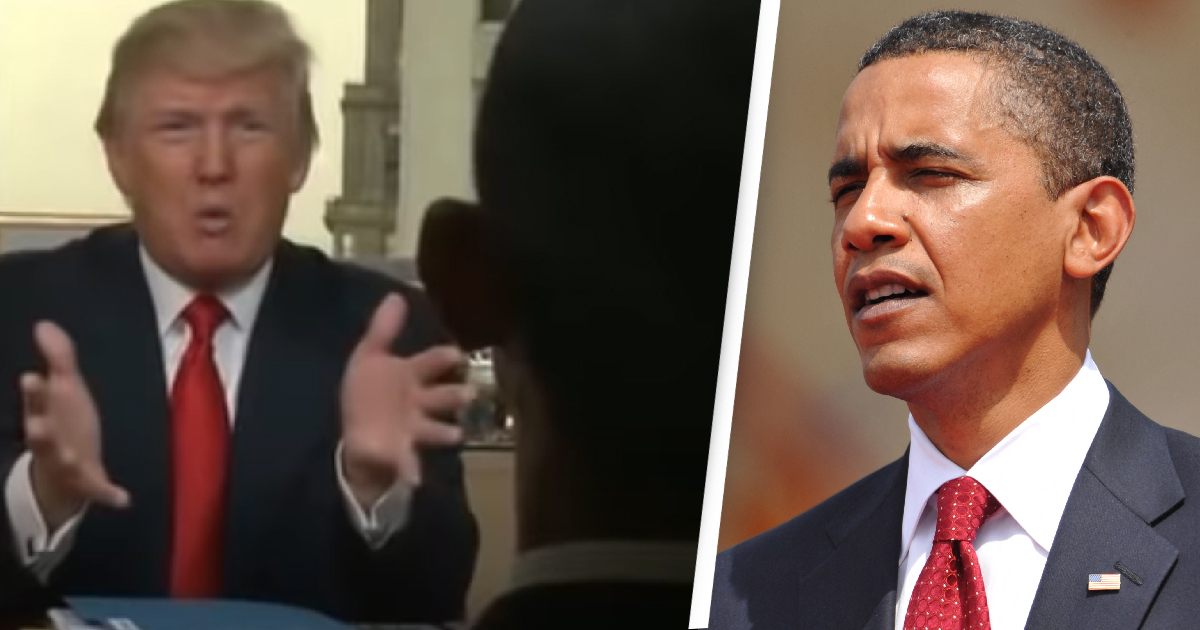 I’m not even going to open this with a line like ‘just when you thought Trump couldn’t get any more ridiculous….’ because there’s literally no point these days, although this one is a bit different as it’s some unearthed footage from way back in 2012, where Trump made a promo video of him firing Obama Apprentice style for the Republican National Convention.

Trump hired a black man to play Obama and then brought him into his office to chew him out about not getting any results during his Presidency and wasting a load of money on progressive reforms like Obamacare. There’s also a pretty racist part where

That was pretty silly wasn’t it, but in all honestly it probably wasn’t as bad as I imagined it would be before I ended up watching it. Apparently there’s an alternative version where Trump lays into countries run by black people, saying that every other one of them except the United States is a massive shithole – that sounds more in keeping with Trump’s personal brand.

Anyway, the segment didn’t end up running because some Republicans thought that it might be a bit political and I guess the fact that I didn’t even think it was that bad means that politics have come a long way since 2012. Make of that what you will.

For more of the same, check out Trump reacting furiously when a picture of him was turned into a meme. Typical.