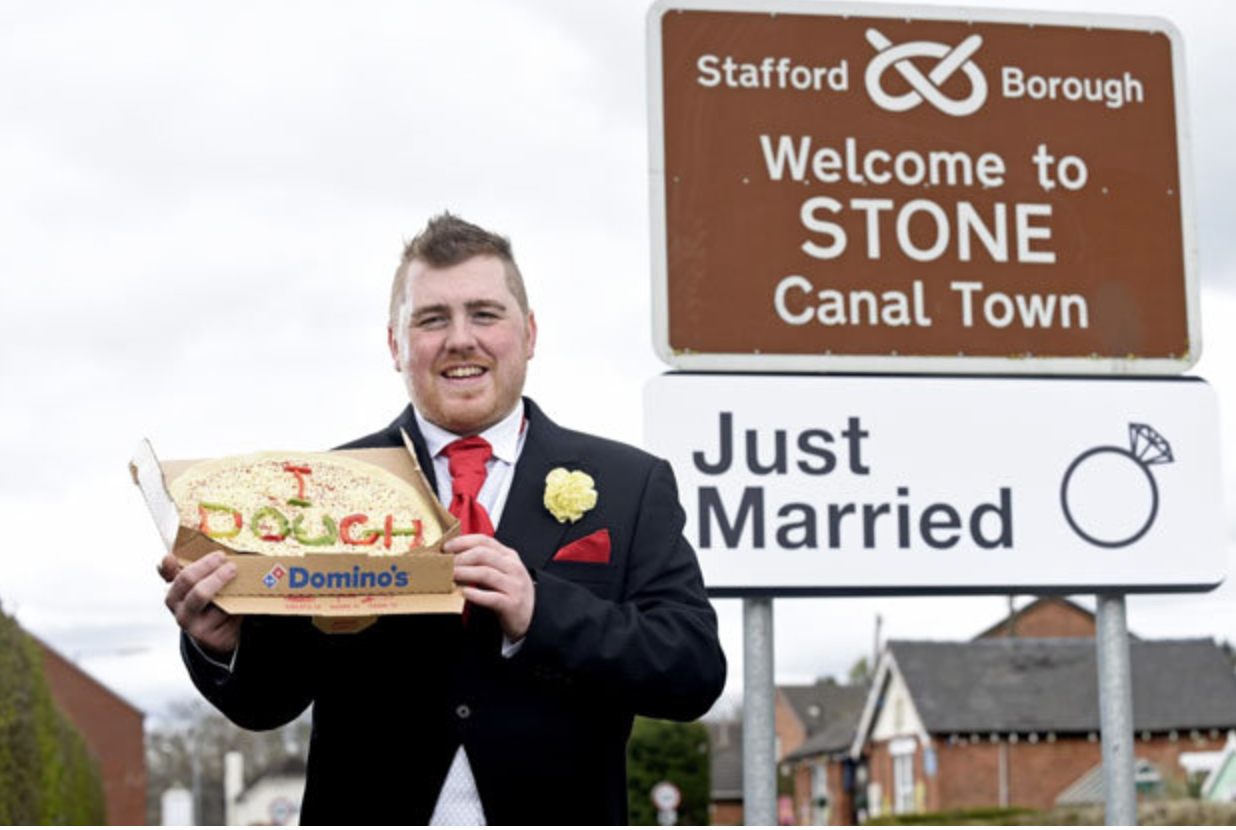 Alex Brindley, a 31-year-old store manager for Domino’s, has become the first man in history to tie the knot with a town. Yeah, a fucking town.

Brindley and his bride, AKA the town of Stone in Staffordshire, were wed in Lichfield Road by an official reverend. Bradley reportedly said, “I dough,” before posing with a pizza that shared the same message. 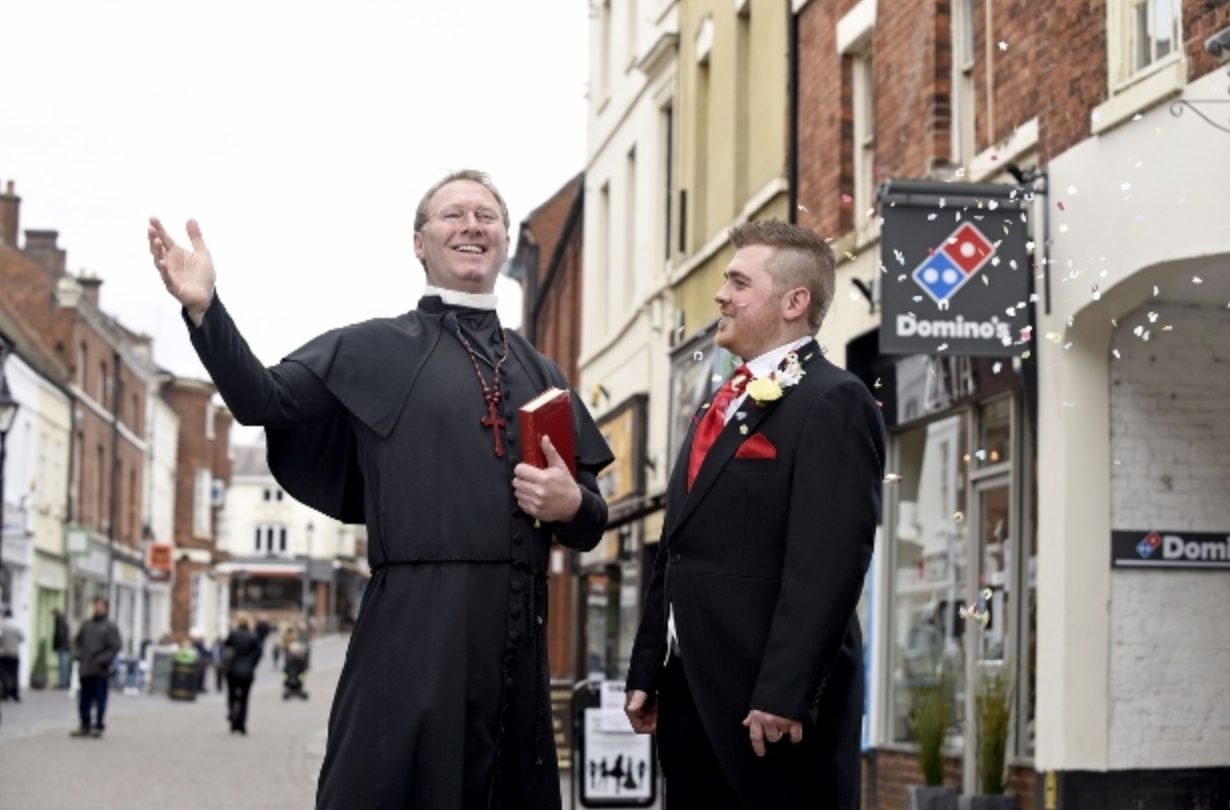 Apparently the ceremony was to celebrate the opening of a new Domino’s store in the town of Stone later this month. So that explains a lot doesn’t it? This isn’t true love – it’s a publicity stunt. This whole marriage is built on broken promises, pizza and bad decisions. Although that’s most marriages nowadays really, so fair play to them.

I would have thought marrying a pizza would be a better publicity stunt for a new Domino’s, but then again, that’s been done before. I guess Brindley was going for originality.