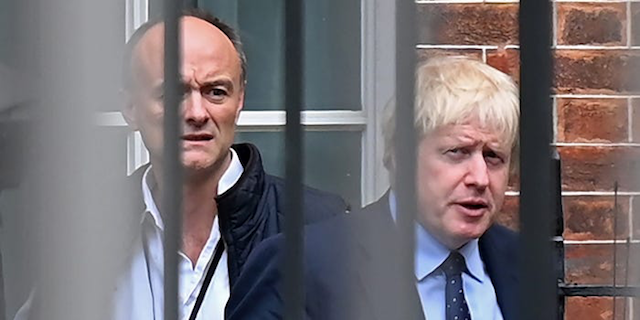 He wanted to reassure people.

I think we all knew when Dominic Cummings was fired from 10 Downing Street last autumn that he was going to dig up some of the skeletons in various peoples’ closets when the time was right – and it seems like that time is now.

For the past few days Cummings has been writing various lengthy and quite boring Twitter tirades about what was going on in the government during the early days of the Coronavirus pandemic, but today he was appearing before two parliamentary committees about that time. He’s already dropping some bombshells by claiming that Boris Johnson was so dismissive of COVID 19 in its early stages that he offered to be injected with it live on air to try and reassure the public. Here’s what he had to say:

In February the Prime Minister regarded this as just a scare story, he described it as the new swine flu.

I told him that it wasn’t but the view of various officials inside Number 10 was if we have the Prime Minister chairing Cobra meetings and he just tells everyone “it’s swine flu, don’t worry about it, I’m going to get Chris Whitty to inject me live on TV with coronavirus so everyone realises it’s nothing to be frightened of”, that would not help actually serious panic.

I suppose it’s easy for us to look back at this with the benefit of hindsight and say how completely and utterly ridiculous an idea this was, but I think it’s important to remember that at the time not that many people were overly worried about Coronavirus and probably did think that it would be another similar situation to Swine Flu or SARS. However, the idea that Boris actually entertained the idea of injecting himself with it on live television to reassure the nation really does sound like something that would have been gone down in a Chris Morris sketch though so should be highlighted for it’s complete and utter absurdity.

Good to know these were the kinds of suggestions that were going down in the weeks before the pandemic took over the world for the last 18 months. I wonder if anything will actually come from this enquiry or not?

For more of the same, check out when Boris Johnson actually won an award for talking complete and utter nonsense. You can see why.