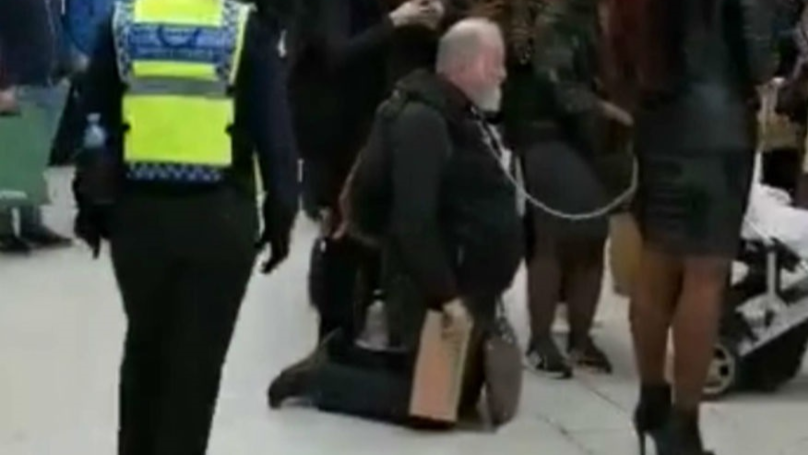 Regular day at the office.

Everyone knows that there are a bunch of people out there who like to be dominated by dominatrixes, but it’s not often that we see this in public in our everyday lives – it’s more the kind of thing that we expect to be taking place in weird sex dungeons and the like.

In case you’re wondering who Miss Foxx is – she’s ‘the UK’s finest and sexiest, English, financial domination, humiliation, cuckolding, ebonatrix, goddess’, which probably explains why she’s involved in nefarious activity like the one present in this video. The pair stood around for a bit and even talked to British Transport Police – they weren’t technically breaking any laws so were allowed to do what they wanted – before walking out of the station shortly after.

Yeah I can’t really argue with that. Whilst it’s a bit weird and graphic, people do get up to this stuff and clearly enjoy it so why not just let them get on with it?

The only thing I feel slightly bad about is that the geezer is probably someone’s dad. That’s gonna be a hard one to live down isn’t it?

For more dominatrixes, check out this 35 year old woman who just quit her teaching job to become one. Why not hey?