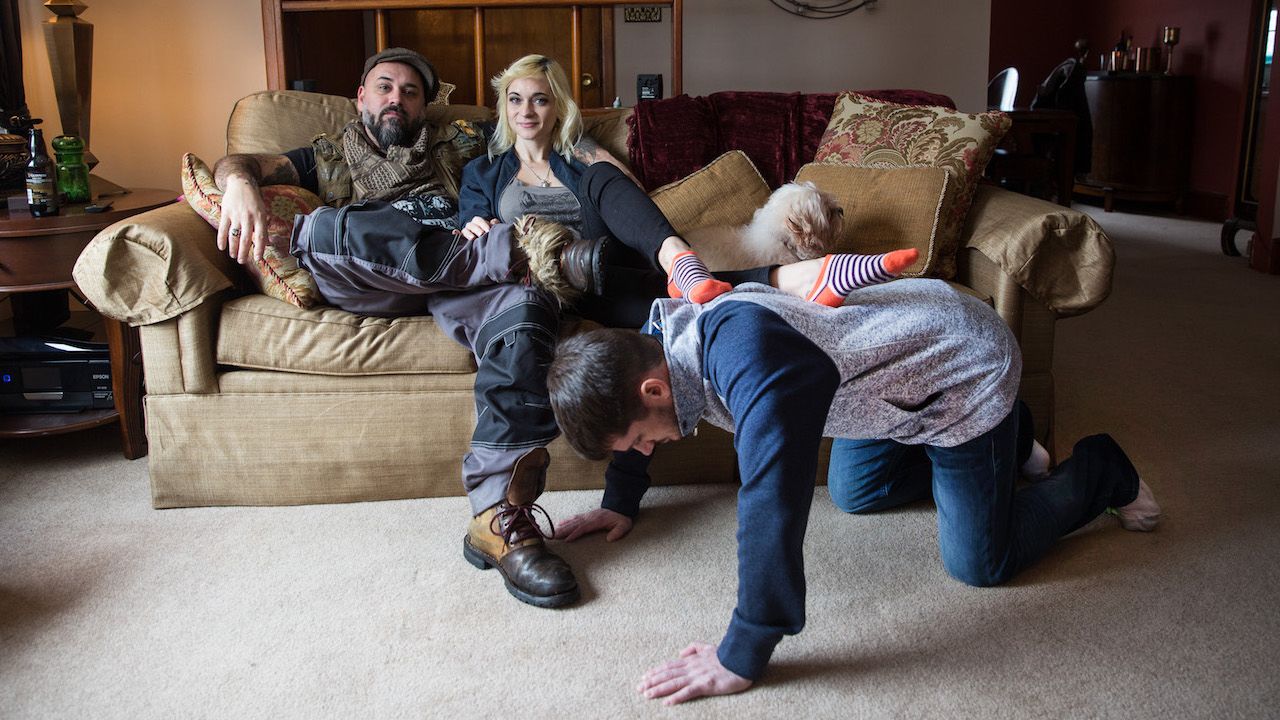 It’s common to think that you might have hit a rut in your life in your mid 30s, but I don’t know if anyone out there would change their routine as much as Dahlia Rain to get themselves out of it.

Dahlia was a 35 year old married school teacher when she decided she needed some more spice in her life and delved into the fetish scene. It wasn’t long before she left her husband and job behind in order to live with two submissive slaves named Chris and Mike/Fluffy who attend to her every need. She also has a 41 year old boyfriend named John.

You can hear all about her life in the short documentary below, or read about some of the thing she says even further beneath that:

Everybody comes into fetish at different times of their life. I did the normal housewife thing but there were things that were missing. I wanted some more excitement and they were things [my ex-husband] didn’t want.

I started meeting more kinky people and going to fetish parties and then it just became part of my life.

People ask ‘what’s the difference between a sub and a boyfriend?And there are big differences.

I don’t have sex with my subs, there’s no sexual relationship at all. That’s a fantasy.

I get a lot of emails and messages from people wanting to be my sex slave, and be tied up in my bedroom 24-hours a day, but that’s not the type of dominance I do.

When people schedule a session, they are giving me money to be in my hands for an hour, whereas lifestyle slaves are just giving themselves into my care permanently. They might pay for things, like my shopping, but they are not paying me.

Fluffy is not paying per hour for my time. That would be very expensive. He wouldn’t be able to afford to live at that point.

Play is always a reward for them, but they have to earn it – it’s not easy.

Seems like a relationship that works well for all of them I guess? Will probably be trying to join them myself in a few years time the way things are going. Looks kinda fun.

For more dominatrixes, check out this high end prostitute explaining what her clients always ask for. If you know what I mean.