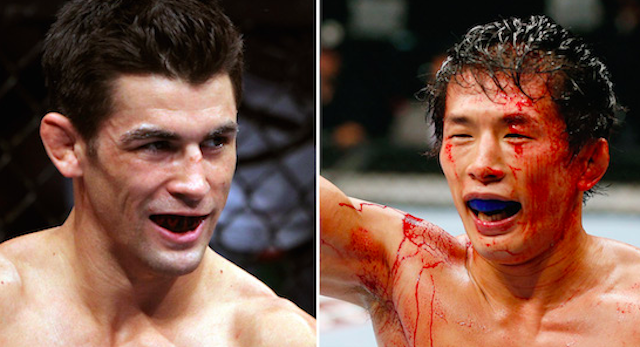 Picking up where he left off.

As far as comebacks go, this isn’t as good as the greatest basketball comeback of all time but it’s pretty close. In case you haven’t heard of him, Dominick Cruz is a former UFC heavyweight champion but he’s been out of the game for the past three years due to a number of successive injuries.

People were questioning whether he would be able to be the force in the sport that he used to be upon his return and he’s managed to answer his critics emphatically with this performance in his comeback fight, as he completely destroys his opponent Takeya Mizugaki in roughly one minute.

I guess once you’re a fighter, you never lose it. Not sure how Dominick Cruz would fare in full contact skydiving though – that’s UFC crossed with skydiving in case you didn’t know.