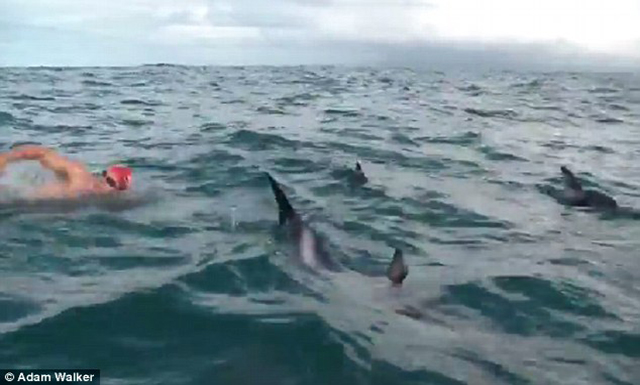 Fancy a swim? You might not after watching this.

Adam Walker was out for a 16 mile swim in New Zealand’s Cook Straight on the 22nd of April when a great white shark began stalking him. Queue Jaws theme music.

Lucky for Adam a pod of about a dozen dolphins surrounded and protected him until he was well clear of the shark. Dolphins are well known to protect humans and go to battle with sharks so it’s no surprise they came to his aid. What’s interesting is their impeccable timing.

Adam didn’t seem too bothered by the incident and enjoyed the swim with the dolphins. But for me and anyone else worried about sketchy waters,  I would probably make sure there is a friendly pod swimming nearby just in case…