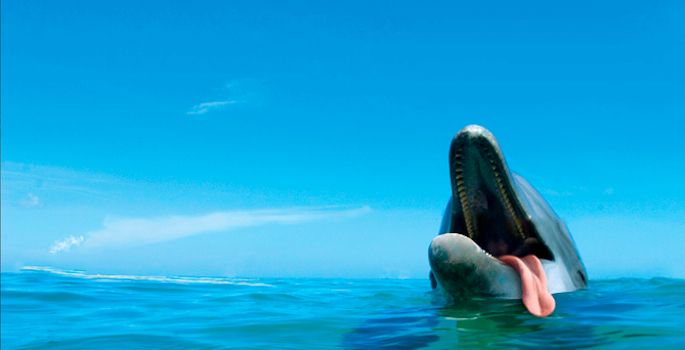 Dolphins are attacking humans more and more regularly, are we witnessing an uprising from our bottle nosed friends?

It has been foretold in many things whether it be The Simpsons, Hitchhikers Guide To The Galaxy or the Bible (probably) but the dolphins are finally rising up against humanity to reek vengeance for years of hoop jumping and cooing by tourist masses. Where is this uprising beginning you ask? None other than the sleepy town of Doolin in County Clare, Ireland. 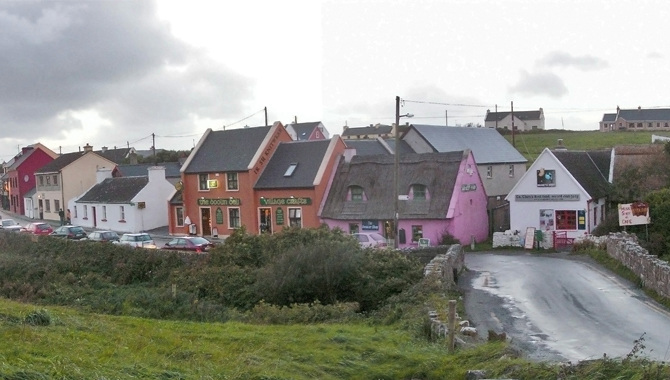 Marine conservationists have warned the public to steer clear of swimming with dolphins in the area of Doolin due to an increase of people being baldy injured in the past few months. Suffice to say the residents of the town reacted to the news by taking up arms and striking against the marine creatures.

Not really, but they have taken the great measure of putting warning signs up. Two people in question were rammed recently in the last two weeks in both the chest and abdomen with the former even suffering a broken rib.

Experts have said this the result of ‘rough play’ by adult dolphins but we know that this is an outright lie and that they’ve obviously got a taste for blood. National Geographic claim that only one person has ever died at the fins of a dolphin – suffering internal bleeding from one of these rams – but with attacks on the increase we can only fear for our coastal communities and their impending doom.

The animal in question is a fifteen year old female dolphin named Dusty who has long been a tourist attraction for Doolin, which also gleans its notoriety for being the setting of the PS3 game ‘Folklore’ AND having the largest stalactite in the northern hemisphere, pictured here. Wow. 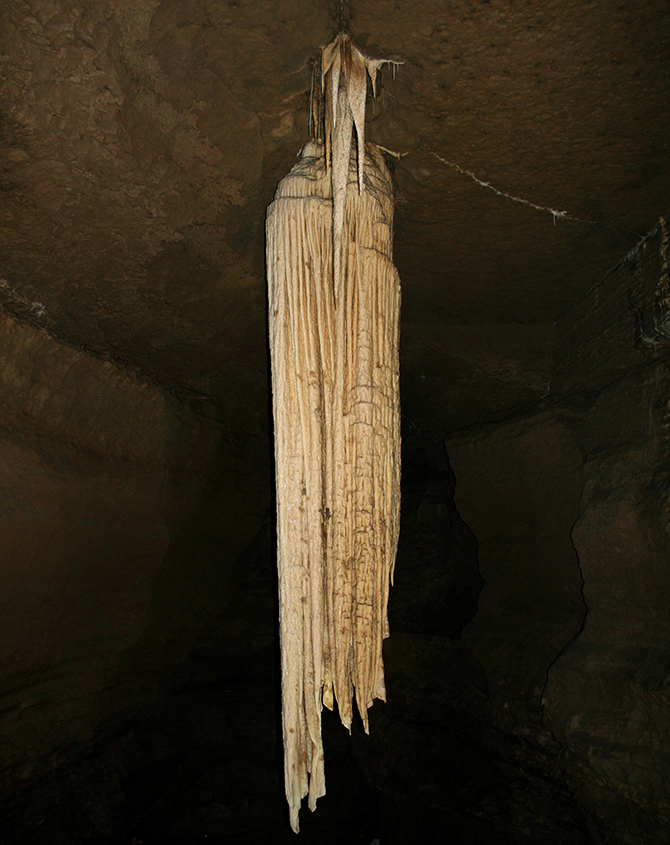 Dusty has attacked several people in the past with one such victim suffering an attack trying to get OUT of the water as the excited squeaks of a killer rang through her ears. In fact this issue is so great it has caused the IWDG (Irish Whale And Dolphin Group) to issue a statement:

“It is IWDG policy to discourage people swimming with whales and dolphins in Ireland. The risk is not only to humans but also to the dolphin as habituation to humans increases risk of injury or death to the dolphin.” 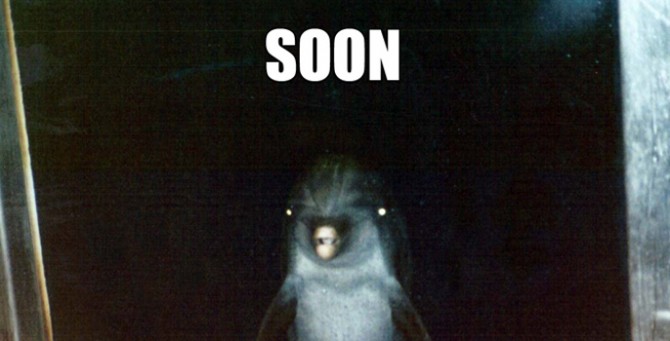 Obviously they meant to say ‘from the dolphin’ but rest assured we have now warned you of this soon to be World War D so we advise you to stay away from the coasts, stay away from Doolin and most importantly if you hear the flapping of fins, run/swim for your life.

CCTV Footage Of A Bear Stealing A Dumpster Of Leftovers