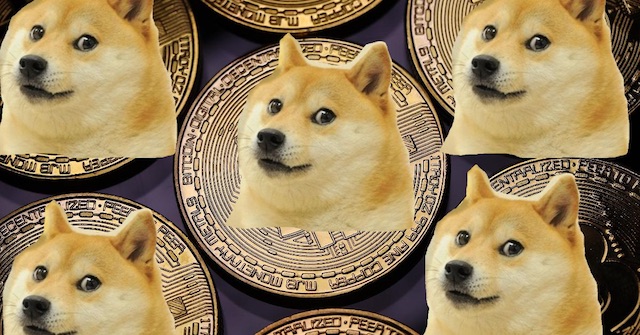 Even if you’ve only got a passing interest in the internet or cryptocurrency, then you’ve probably heard recently that the joke cryptocurrency Dogecoin has been steadily increasing in value after several endorsements from Elon Musk and a bunch of weirdoes that are obsessed with memes and it looks like it’s going to go through the roof today for exactly the same reason.

At the time of writing, (9:30 a.m.) the cryptocurrency is at around $0.42 after falling slightly over the weekend following a massive rally towards the end of last week and now everyone is trying to get it up to $0.69 because today is 4/20 and that would be a hilarious meme. #DogeDay is already trending on Twitter in the United Kingdom and a bunch of excellent/really stupid memes are already doing the rounds encouraging people to buy more Dogecoin, hold onto what they’ve got at the moment and send that price flying as high as it possibly can get:

We hold and do not sell as an army 🚀 #DogeDay #DogeDay420 pic.twitter.com/Wunpl32kjN

It wont stop rising, get in while you still can 📈🚀🌙 #doge #dogecoin #dogeday pic.twitter.com/VRdhCoLMrF

What are you waiting for? Obviously I don’t know what’s going to happen and you shouldn’t take financial advice off a website like Sick Chirpse, but it definitely looks as though the price of Dogecoin is going to rise today due to so many internet weirdoes getting involved with it, just like the GameStop stuff a couple of months ago. Make sure you know when to get out and don’t invest your life savings or anything though. Be careful.

For more of the same, check out the secretly dark history of our favourite internet memes. A lot of majorly creepy stuff going on over there.