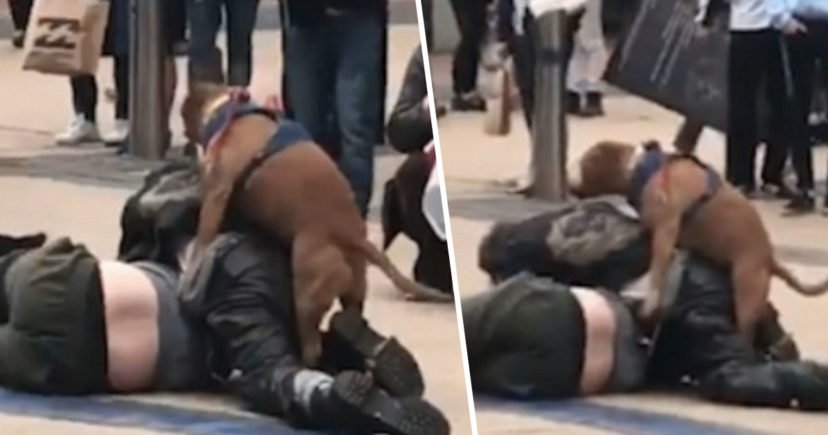 There are a bunch of ways to break up a street fight, but I never thought that I would ever see anything has bizarre and comedic as the video below happen in real life.

The video is shot over in Ireland at an unknown location where two people are going at it hell for leather in the street, again for unknown reasons. It looks like the two guys are going to keep on fighting for a while – they’re just kinda hugging and grappling each other on the floor at this point – when out of nowhere a dog runs into the scene and starts humping both of them on the leg one after the other, immediately turning the scene from one of violence into one of absolute lolz. The two men soon start laughing and giggling and that’s that, the fight is over.

I mean that is complete and utter jokes isn’t it? Just imagine trying to seriously fight someone and beat them up and then out of nowhere a dog comes up and is slamming you up the butt with its dick. Not really the best situation is it? No, no it isn’t.

In case you’re wondering, the dog hasn’t been identified so we’re not sure if it’s just a random dog or belongs to one of the people in the fight. Kinda hope it just moseyed on down and started casually humping everyone, but it seems more likely it might have actually known these guys. Guess we’ll never know though eh? Bummer.

For more dogs, check out this dog absolutely smashing the mannequin challenge. Nicely.