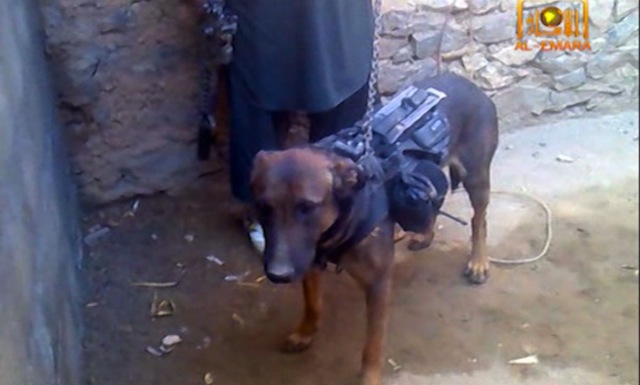 Ready to get positively furious? Because I donâ€™t think Iâ€™ve been so enraged in all my life.

Ready to get positively furious? Because I don’t think I’ve ever been so enraged in all my life. ISAF officials in Afghanistan have confirmed that the dog in a video released by the Taliban this week is indeed military dog Colonel, who went missing during a mission in December while working for British forces.

The dog looks genuinely sad and depressed with its ears and tail down and looking around all sheepishly. Probably feels embarrassed that it let its country down and is now being paraded around as the Taliban’s bitch. It’s genuinely heartbreaking to watch and you know chances are it’s not long for this world.