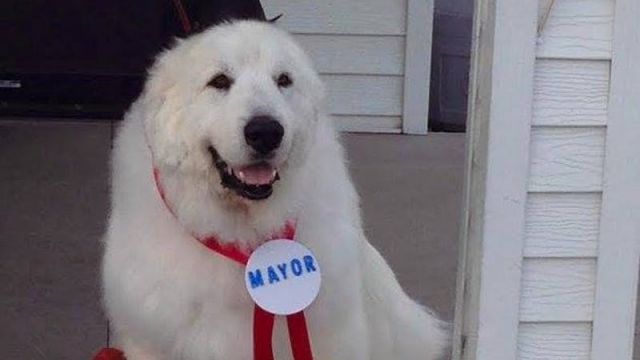 You probably remember that a few years ago between the deluge of terrible, soul crushing news that we’re often faced with on a daily basis, there was a pretty cute story about a town over in Minnesota that had elected a dog as a mayor – it was such a heartwarming story.

Of course though, this story has also turned to shit with the news that poor old Duke has sadly passed away. Fortunately this wasn’t related to his duties as mayor of the town, but even so it’s pretty sad. Here’s the official statement from the dog’s owners on Facebook:

Our beloved mayor Duke went to doggie heaven today. He will be greatly missed. we will have a memorial for him in march…

Posted by Mayor Duke of Cormorant Village on Thursday, 21 February 2019

RIP Duke. During his reign as Mayor, there were no political scandals and he actually relinquished his job with a higher approval rating than when he started it, which is virtually unheard of in all of politics. This was mainly due to the fact that he fulfilled most of his campaign promises, mainly revolving around being a good boy, running around after balls and a whole load of belly rubs.

Duke was actually elected four times which just shows you how popular he was in the town of Cormorant Village. A true trailblazer in the world of politics.

For more of the same, check out these dogs that have formed a death metal band. Legends.