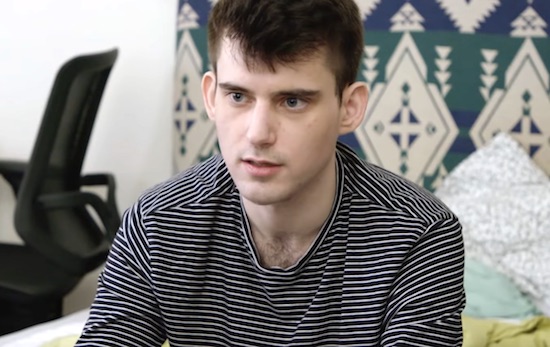 Nobody really had a clue about the incel community until recently when Alek Minassian ran over ten people in Toronto and it became clear that he did this because he blamed a progressive feminist society for his lack of sexual experience.

For most people this seemed kind of extreme and bizarre, but it turned out that there was a whole community of involuntary celibates in the darkest corners of the internet, talking to each other about how they hated women and their lives and were still virgins. Obviously it was only a matter of time before our friends over at VICE produced a documentary on the subject and you can view that below.

It’s kinda sad/grim/disturbing though, so bear that in mind before you dive right in:

Man, I just don’t know what to say about that. Like Joey comes across as a nice enough guy and the documentary is fairly respectful of him and doesn’t openly mock or judge him, but he’s obviously a complete and utter weirdo and this whole subsection of society is concerning, but I mostly came out of this just feeling sorry for them. It’s so sad that they feel this way about everything and end up killing themselves and just not doing anything with their lives. I wish there was some way they could be helped but it seems from this that they’ve all accepted their roles and that’s that.

For more incels, check out one of the most horrific Facebook statuses of all time. Seriously grim.