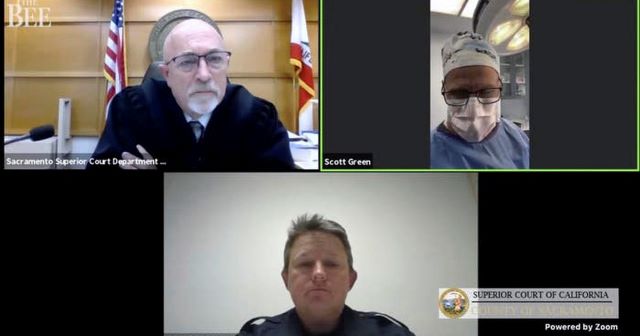 A doctor over in Sacramento, California joined a traffic court hearing on Zoom while in the middle of performing surgery on a patient.

Dr. Scott Green was dressed in surgical scrubs in an operating theatre when he appeared at his virtual trial and despite insisting he was happy to go ahead, the judge said it would be ‘inappropriate’ and postponed the trial. Um… result?

Nothing but respect for Dr. Scott Green here. He didn’t spend all those years studying medicine and getting into an insane amount of university debt so that he could waste time in a traffic court hearing while there are lives to be saved and patients to be operated on. It’s pretty amusing that he didn’t notify the court ahead of time that he had a surgery on the same day of his trial, but rather thought he would just juggle the surgery while attending his hearing at the same time. Next level multi tasking!

Part of me wonders whether this was an intentional move by Dr. Green to get out of court, and if so then that’s even more impressive. In fact if I were him I would install a makeshift surgery room in my house so I could just get out of any FaceTime/Zoom meeting by simply answering the call and showing everyone I’m in the middle of surgery. Although there’s every possibility he’s about to get done for malpractice too, as I highly doubt the hospital will be too happy about him attending a Zoom meeting while slicing open a patient and rearranging their organs. Good luck to him either way.

For the dentist who was convicted on 46 counts of pulling teeth out while riding a hoverboard, click HERE.