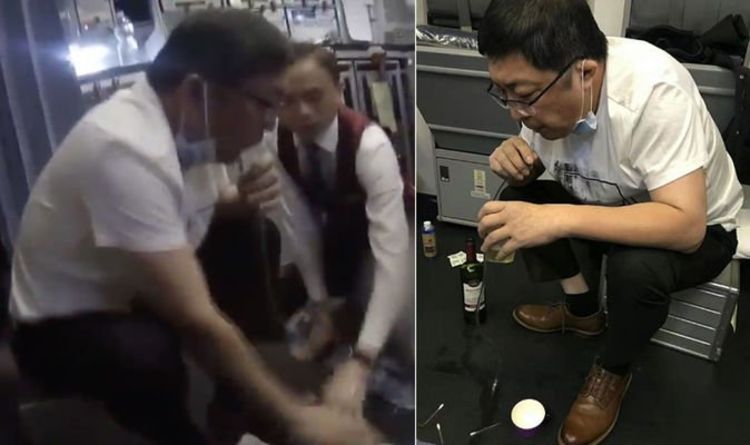 Doctor of the year.

I don’t know if there’s such a thing as a Doctor of the Year award or anything like that, but if there is it 100% has to go to Dr. Zhang from China.

The vascular surgeon rushed to help an old man who had fallen ill in a cold sweat on board a flight from China to New York this week.

A little altitude sickness? A heart attack? Nope – this old man’s bladder was filled with 1000ml of urine and he was unable to relieve himself, meaning if the urine wasn’t released quickly, his bladder would rupture and it would be a fatal disaster mid-flight.

Dr. Zhang pulled out his equipment and put together a syphoning device to puncture the man’s bladder and draw out the urine but because of limited space in the cabin the device wouldn’t work.

Did Dr. Zhang abandon all hope? Nope – he decided to suck the old man’s urine out himself using his mouth – a whole 800ml worth.

For the next 37 minutes the doctor sucked out the urine, spitting it into a cup to ensure the man’s bladder was empty. What an absolute legend.

His quick thinking meant the old man’s condition improved and he was able to get medical help at hospital once the plane landed.

I know doctors and nurses are wired to want to help people, but to not even think twice about sucking an old man’s murky piss out of his bladder with your own lips? That is something special indeed.

Imagine if Dr. Zhang had chosen to switch off from doctor mode during this flight and not admit to a plane full of people that he was a doctor. That old man would probably be dead. This guy dropped what he was doing to rush over and spend 37 MINUTES with an old man’s urine swirling around his mouth. That’s a hero all day long.

For the man who had a bag of weed removed from his nose after getting it stuck up there 18 years ago, click HERE.