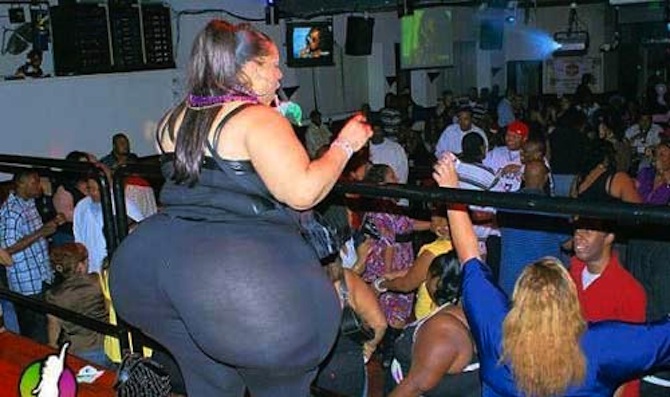 This woman was told that her back pain was a result of her ghetto booty – does she have a right to be annoyed?

A Tennessee woman filed a complaint after a doctor she went to see for her back pain gave her an insulting diagnosis — he said the problem was a result of her ‘ghetto booty’.

â˜› Next: Russian Doctor Cuts Out His Own Appendix And Other Self-Surgeries

The doctor said “I was trying to take a technical conversation regarding your lower back and make it less technical”, to which the patient took further offence as she believed the doctor thought her unintelligent and not worth speaking to in medical terms.

What did she want him to say? “I’m sorry madam but it appears your exaggerated lumbar curve is the result of your heavy-set posterior”. Actually that might have been a kind way to put it. But I would appreciate a doctor who gave it to me so straight. Obviously it’s not PC to tell a sizeable woman that her messed up spine is the result of her giant booty but it’s not something to make a meal over, is it? If I went to the doctor and he told me that my liver wasn’t looking too great because I’m a drunken fool with no self-discipline I’d probably have to nod my head and remember that I’d always known this day would come. I wouldn’t go to the media because I was upset of how he delivered the news.

â˜› Next: Doctor Punches Patient In The Chest After Heart Bypass

We don’t need our doctors sugar coating our problems. Your spine is messed up because of your ghetto booty. Boom – instant diagnosis.