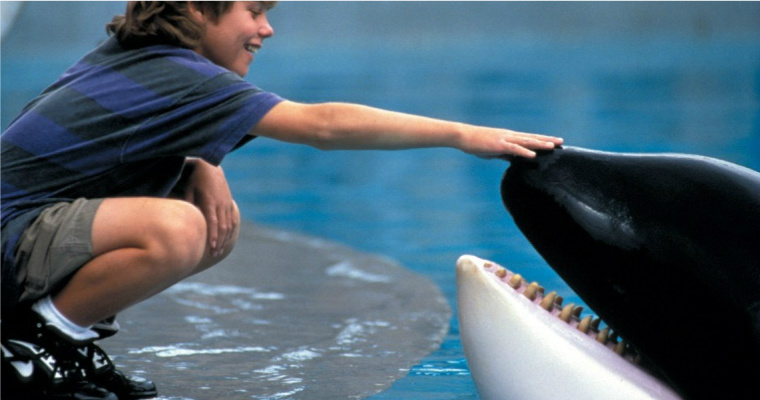 You might want to cancel your trip to Seaworld.

It has recently been stated by a set of scientists, animal welfare groups and philosophers that both dolphins and whales should be given ‘human’ rights due to their advanced level of intelligence. That keeping dolphins and whales in Zoos and Water parks is essentially a cruel form of captivity and that allowing fishermen to attack them is fundamentally wrong.

Well i think the latter is definitely a given but the notion that these animals really face mental suffering within these types of public attractions is quite a challenging notion for a lot of people. Families and tourists alike get so caught up in seeking out thrills for a good time for themselves that they don’t register that they’re actually witnessing depravity, it just doesn’t come to fruition. Same goes for animals in the circus. We imagine that the dolphins actually enjoy being mounted by balding, retired fatties in the Caribbean. This is turning into a ‘save the trees, maaan’ post at a quick rate but hear me out. Scientist Dr. Lori Marino says:

“Science has shown us that cetaceans have most, if not all, the characteristics that humans have, including intelligence, self-awareness, autonomy and social complexity.Their basic needs are very much like humans – to be able to stay alive, to not be confined, to make choices and travel, and perhaps foremost to engage in social interaction.”

We have known for some time that whales and dolphins are smart creatures but trying to fathom that they possess many characteristics that we consider inclusive to our own species is a trip. When thinking of a dolphin or whale with a vivid sense of self-awareness also conjures up the idea it has a personality too. That they’re trying to shred the stereotype of grace and friendliness. Could there be such a thing as a manic depressive dolphin? A whale that has issues with its mother and escalating coke dependency? Maybe free Willy really wanted to slap the harmonica from Jesse hands with his big meaty tail and go back to bed. That those performing killer whales at Seaworld have a general apathy towards life, jealous of the happiness and elation of the audience. Alright, maybe not, but there’s plenty of questions to be answered on their complex nature.

It’s not as if they have the means of expressing their anguish, they don’t quite contend with the levels of human weirdness- thank god you don’t get hipster dolphins that only wear vintage clothing and enjoy reading Bukowski or whales taking gap years in Australia, no they don’t need those qualities to gain rights. Rather than equating dolphins and whales directly with humans it would be better to illustrate that they’re animals that just straight out need to be given a higher regard as animals, that they don’t have the brain capacity of a turkey.

If you’re into dolphins, check out this story about a dude who fucked a dolphin for a year and wrote a book about it.