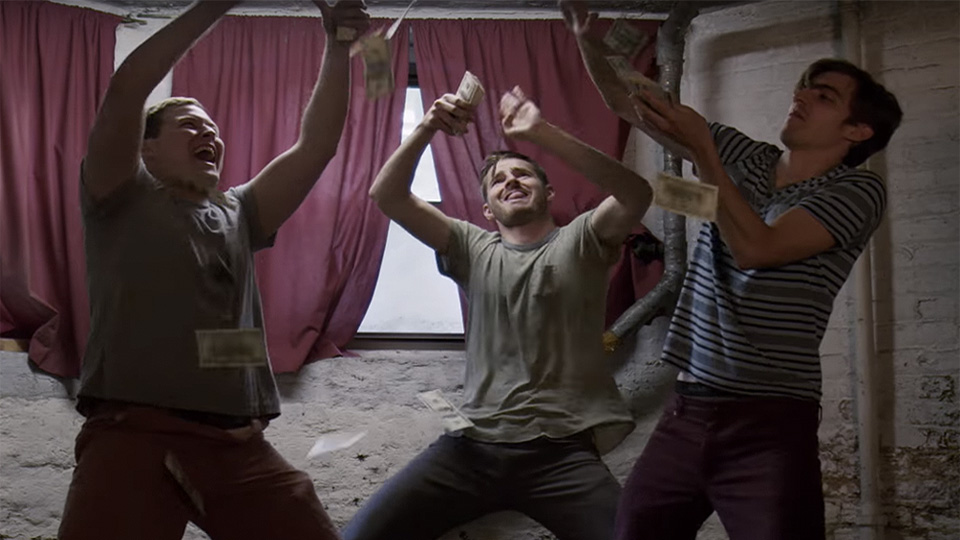 Crowdfunding is a funny old business, as you’re usually trusting whoever you give the money to to actually end up delivering the finished product at some point. And, as is the case in this story, they could be taking everyone for a ride.

Back in 2014, a crowdfunding page was set up for the movie ‘It’s All Good’ and the filmmakers ended up fulfilling their goal and raising £60,000 to shoot their film. Except they didn’t end up doing that at all and instead spent all the money on drinking champagne on luxury boats and in massive limos whilst holidaying in Italy.

Backers of the movie were understandably furious that their money had gone on funding an extravagant lifestyle and not the movie, and hit back with comments such as the eloquent: “Are you fucking serious???? Where’s the fucking money??” Can’t really say I blame them to be honest.

It turns out that this may all have been part of their plan though as a movie is actually set to be released on October 21st, except it’s going to centre on three filmmakers (played by the filmmakers themselves) who set out to make a movie through crowdfunding but end up blowing all the money on partying instead. Mega. Here’s the trailer that dropped this morning:

OK. I mean that’s kind of an interesting idea for a movie but in reality, the movie looks like complete and utter dogshit. I’m not even convinced that they even crowdfunded the money in the first place – it looks like they just said they did to make the actual movie more interesting, kinda like how the Coen brothers said Fargo was based on a true story even though it wasn’t.

That was good though, whereas this just looks crap. I guess we’ll see when it’s released on October 21st. Well, I’m not gonna watch it so I’ll probably just read a review is what I mean. If anyone wants to review it for us then hit us up.

For more stupid crowdfunding stories, check out this dumb hipster loser who tried to crowdfund $1300 to go on 13 dates. Absolute dickhead.