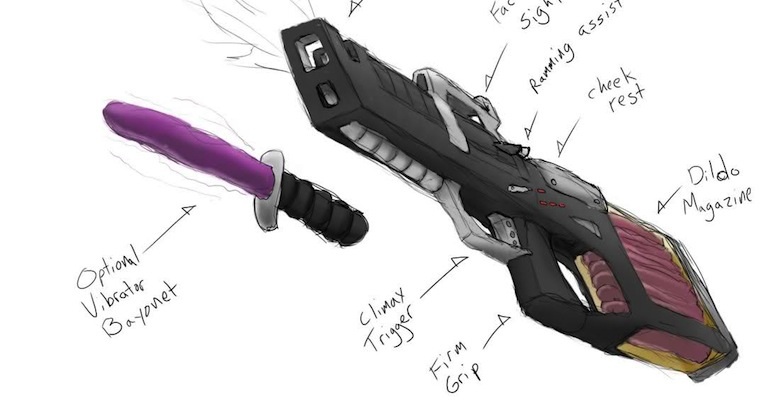 Cue crazy German dude who makes YouTube videos of himself firing home made slingshots and catapults. Now I’m not talking about a crappy Dennis The Menace slingshot that will launch a 2p piece off the back of you mate’s head and maybe cause a bit of bleeding but most definitely won’t kill him or anything, I’m talking about home made catapults that resemble big guns that will most certainly do some damage.

It looks like the guy has set up his camera in a public park and proceeded to fire vibrators through a huge mound of jelly type substance. Imagine if you walked into that on a Sunday morning, complete head fvck. Check it: