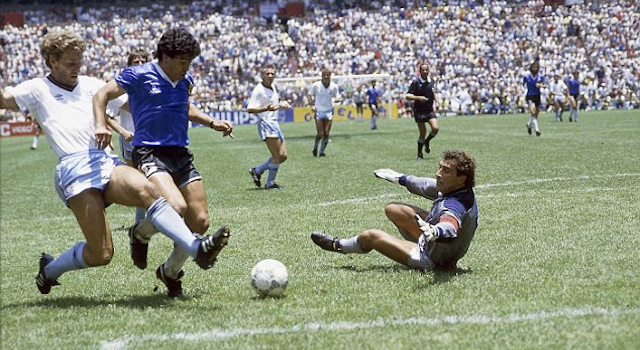 New footage of one of the most famous goals ever scored has emerged and it makes it look even better.

We all know the story of Mexico ’86, even if most of us weren’t around to experience it firsthand – Diego Maradona scores one of the most controversial goals of all time with the Hand Of God before singlehandedly dicking on the whole England team by running from the halfway line and skinning almost all of them, scoring one of the greatest goals of all time. Either way you look at it we got dicked – I guess at least this time it wasn’t on penalties.

Most of you who have seen that Maradona goal will probably have seen the version of it in the traditional football television format, with the camera placed on the halfway line of the stadium and moving side to side to follow the ball. However somehow, 28 years later, a new angle of the goal has emerged where you see Maradona running towards the goal from the halfway line from roughly halfway up the stand behind the goal, and it makes the goal seem even more spectacular than it did in the first place.

Mesmerising skills, especially when you consider it was on the biggest stage of them all.