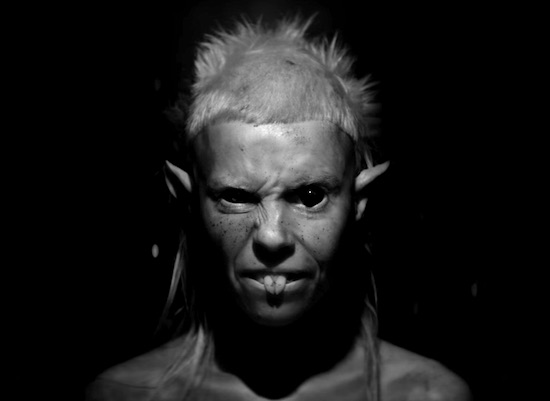 Die Antwoord are the go to guys when you want to see something completely weird and screwed up alongside some absolutely bizarre music, carrying on the mantle from where Aphex Twin left off.

Their latest offering isn’t a music video as such, but just a short film called ‘Tommy Can’t Sleep’. In it, Tommy can’t go to sleep because there are rats in his room but his parents – in particular his mother – don’t believe him and send him back to sleep, where the foul mouthed young psychopath’s active imagination takes over and things get more than a little crazy.

The movie was directed by Visser and Tommy is played by Ninja’s daughter 16 Jones and there’s even a guest appearance from Jack Black. To say it’s messed up would be an understatement:

I mean yeah, I’ve got no idea what I watched there really have you? I know that I enjoyed it though. So weird and ominous.

Gotta love that shit. Hopefully it’ll be continued in Die Antwoord’s next music video or maybe another short movie. It seems weird to leave it there with so many questions unresolved.

For more Die Antwoord, check out this story about when Ninja met Kanye West. It’s messed up, let’s put it that way.