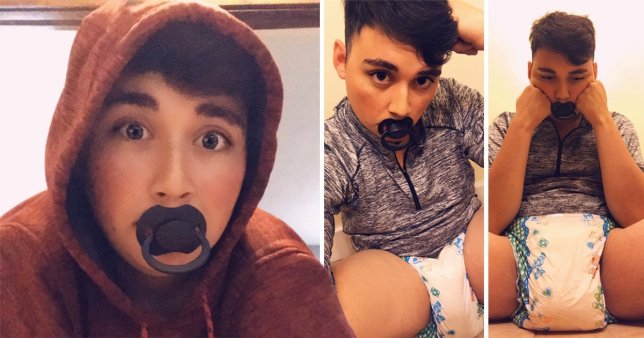 This man is a school teacher – is that OK?

High school biology teacher Dillian Blake, 21, spends his free time as a diaper-wearing adult baby because it helps him cope with the memories of an abusive childhood.

Dillian explained to The Metro how he discovered the adult baby diaper lovers community (ABDL) back in 2014 and realised he enjoyed dressing as a child aged 3 – 7.

You would think that dressing the way he did as a baby/child would bring those traumatic memories back, but apparently it does the complete opposite for Dillian:

My birth mother had a boyfriend, who I thought was someone to look up to and aspire to be – but in reality, he wasn’t.

He would drink alcohol and every night he would come into my room and wake me up by punching me or hitting me in the head.

During the day he would pin me down or start fighting me to “man me up” by flicking lit cigarettes on me or hitting me because he didn’t like that I was more girly even as a kid.

This would last up until I was in secondary school, when they both left to move across the country without ever thinking about her kids. 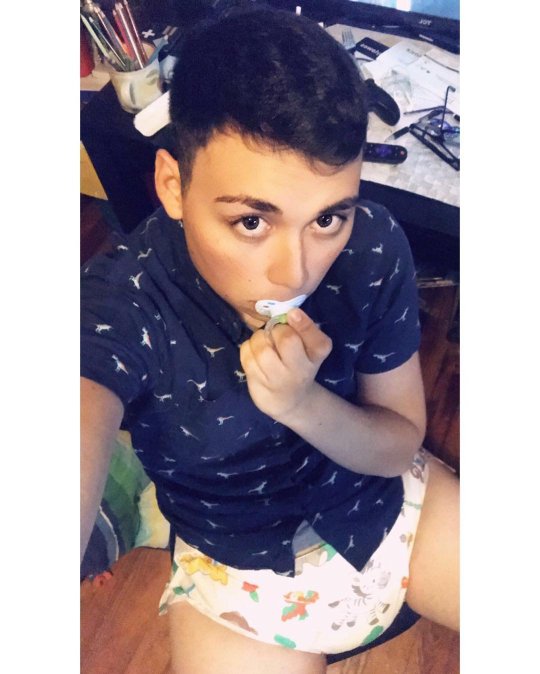 On the comfort the ABDL community brings him:

This is where I truly fee secure; where people come together for the same reason.

I sometimes do go out in public while I have nappies on. I let them show over my shorts, so that if I bend down or my shirt comes up, they will be there.

But my big role is; I don’t want to force anything on anyone.

So, I never go extreme when I’m out in public. Because that can destroy and give our community the wrong name.

If I’m by myself I don’t get to really role play; I just put on a diaper and put a pacifier in and it just puts me at ease.

If I’m with friends, with some I role play as more of a big brother. ‘Where they are more of the baby, I’m more in charge of them. 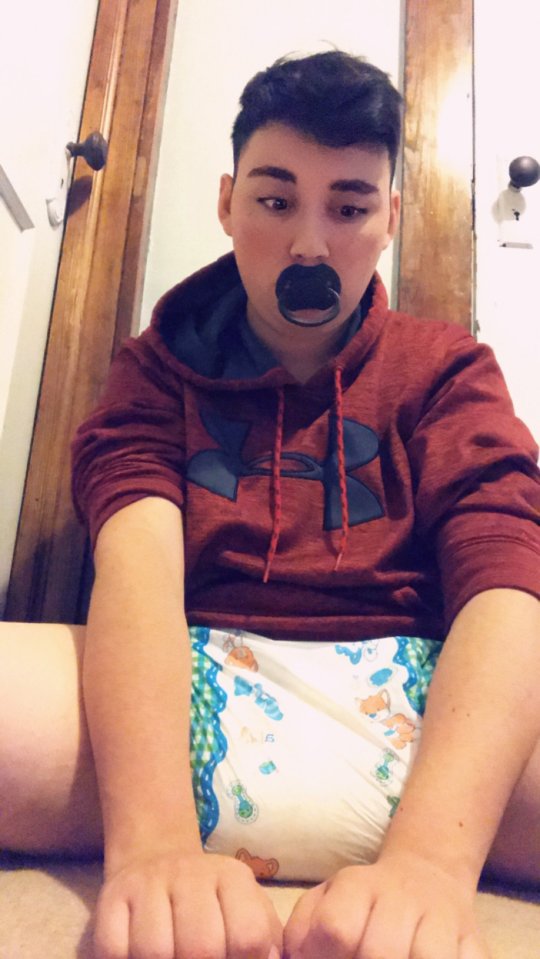 We find comfort and therapy in wearing diapers and baby stuff while able to regress back to younger ages without fear.

What we do falls under the regression therapy which psychologists use to help with anxiety all the way to more complex mental health problems such as Post-Traumatic Stress Disorder (PTSD) by using physical and mental grounding methods. 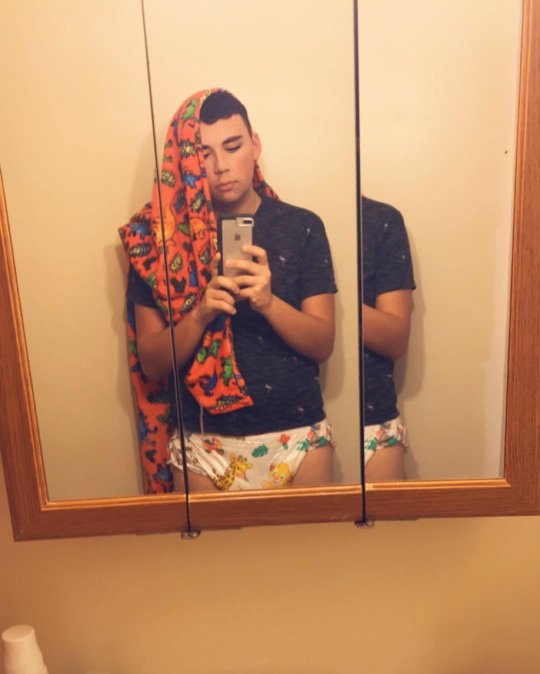 Well obviously what Dillian says he went through as a child sounds awful but I can’t help but think there must be better ways of dealing with his childhood traumas. I mean… he’s a 21-year-old school teacher who dresses like an adult baby in his spare time, and now there’s pictures of him in his adult baby gear all over the internet. OK you might say he’s not hurting anyone by dressing like a baby and sucking on a pacifier in his spare time, but it’s still pretty bloody weird.

The high school kids that he teaches are going to absolutely rip him for this, surely? Oh well, guess we should be grateful he isn’t trying to shag them (as far as we know).