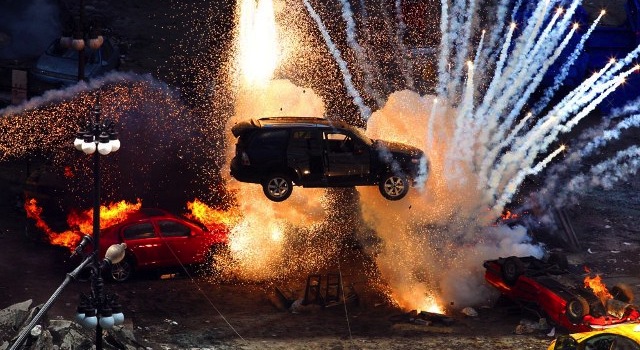 Princess Diana’s final 2-minutes of life as never before seen, up-close and in HD.

London – The film “Diana,” which opens nationally this Friday, is already garnering huge amounts of critical attention following its media premier late last week. The film is an accurate chronicle of the full and final 2-minutes of Diana’s life, through a mixture of big budget Hollywood car-chase cinematography, clinically detailed close-ups, and no less than 300 angles of shots, including ultra-slow-motion and new 360 degree HD filming techniques developed just for this film.

The 110-minute flick has been described by some critics as the most detailed and scrutinizing high-definition capture of a horrendously graphic car accident. “It’s hard to believe a 2-minute incident could be elongated to 110-minutes, but director Oliver Hirschbiegel has really outdone himself in the techniques he used to make the violent and graphic deaths of those involved so entertaining and realistic,” said Harvey Daley of FilmE2.com.

Photo: One of over 300 vehicles destroyed during film production. 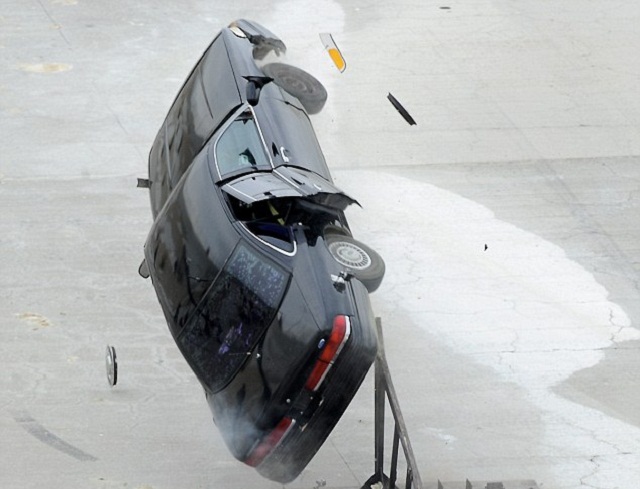 However, there are many who are not satisfied with the high production ‘Fast and Furious’ style of filming. Many in the conservative UK media have blasted the film for not considering more of Diana’s life including her marriage to the Prince of Wales and her charitable work in Africa.

Lead actress Naomi Watts responded to the criticisms in a recent interview, about preparing for her role as Diana. “Even though I only physically portray her for 2 minutes of life, I prepared myself with her entire life story internally, and that’s what brings her depth throughout the film. The terror, screaming and horrible violence inside of the vehicle, is the real Diana, which I could only portray by having studied her life in depth,” said Watts.

Despite the criticism, those who have already seen early previews have described the film as one of the most eye-catching, action driven and sense stimulating cinematic experience in years. “It reminds me of how I felt when I saw the first Matrix,” said Jon Pisk, an early reviewer on imbd.com. “Who doesn’t want to see an historically accurate car chase and devastating accident in ultra HD for an hour and change. Brilliant!” wrote an anonymous reviewer. The film opens nationwide this Friday.