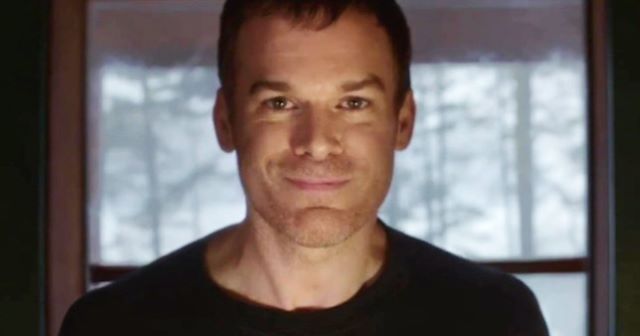 Dexter is back with a brand new identity.

After faking his death in the (kinda crapy) season 8 finale years ago, we now have confirmation that Dexter Morgan will be assuming a new identity for his big return in season 9.

A brand new teaser has revealed that the elusive serial killer, played by Michael C Hall, now goes by the name Jim Lindsay, a sales associate at Fred’s Fish & Game.

A pretty cool reference to Jeff Lindsay – the writer of the Dexter books.

Like the rest of us, actor Michael C Hall hopes the new season will make up for the poorly-received season finale (although you’d hope it also makes up for seasons 5 – 8 entirely). He told the Daily Beast:

It’s a conversation that’s been ongoing, and different possibilities have emerged over the years.

I think in this case, the story that’s being told is worth telling in a way that other proposals didn’t, and I think enough time has passed where it’s become intriguing in a way that it wasn’t before.

And let’s be real: people found the way that show left things pretty unsatisfying, and there’s always been a hope that a story would emerge that would be worth telling.

Will be interesting to see how Dexter/Jeff uses his new occupation to his advantage. I’m guessing he’s still going to be out there murdering people – maybe he’ll take his targets ice fishing and then slaughter them on the water?

Hopefully we get an actual trailer soon with a little more insight into what’s in store for season 9. Seasons 1 – 4 were pretty great so with any luck it’ll be more of that and less of what we got in the latter seasons.

For the study that shows women are more attracted to men who are psychopaths, click HERE. Get in there, Dexter!