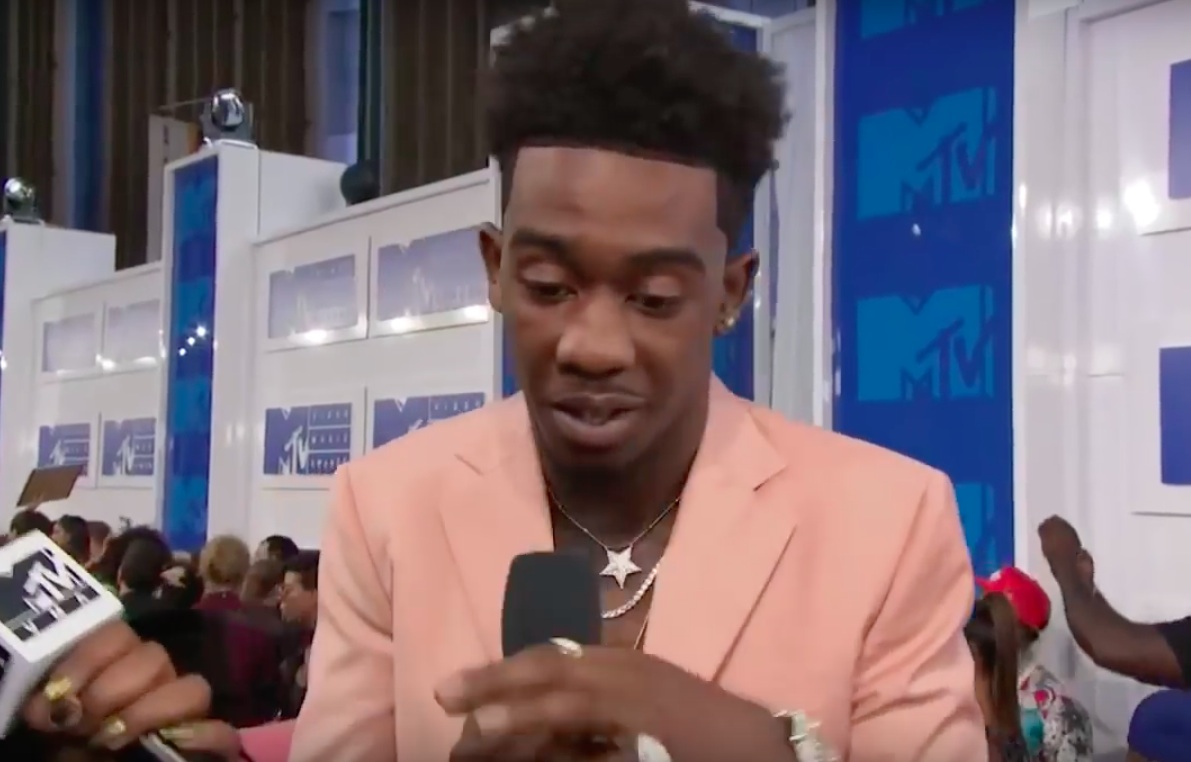 Dude can barely open his eyes.

You know that you’ve made it in your chosen field when you get asked to an awards ceremony, and as such it’s probably going to be one of the biggest nights of your professional career. But then comes the question, just how are you going to celebrate it and how hard is too hard? If you’re a celebrity then the stakes become even higher, as rap superstar Desiigner found out recently.

MTV’s Video Music Awards went down in August but for some reason it’s taken this long to be made aware of this clip. Desiigner is rocking it down the white carpet into the event, but there’s one problem: Desiigner must have been ripping bongs all the way there because he is as high as a motherfucker. Dude can barely open his eyes and nothing he says makes any sense, and it only gets worse when the presenter asks him to bust out a freestyle:

Man, that is embarrassing. But Desiigner looks like he’s having such a good time that you can’t really hold it against him. I imagine that I would be the same at my first VMAs, although maybe I wouldn’t get so battered that I couldn’t speak. In any case, can’t wait to finally get that invite.

For more stoned people, check out this guy pulling a whitey in the middle of a rap battle. Not the ideal situation.