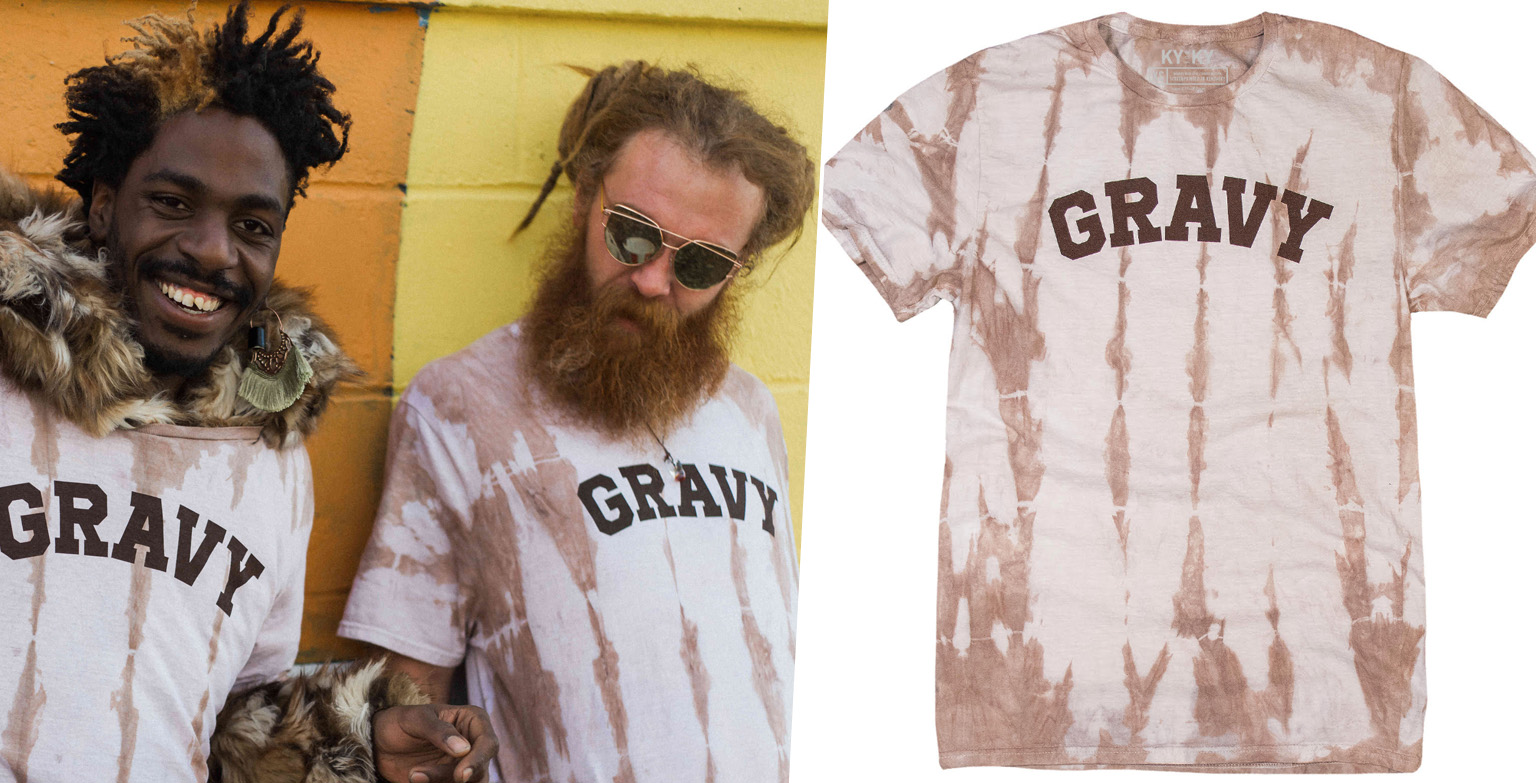 Christmas is fast approaching and if there’s someone special in your life that likes KFC then boy have we got the present for them.

Designer Carl Larkin came up with the idea for the t-shirt you can see above you when he went to KFC and ordered a Big Daddy Box Meal but unfortunately opened it up and spilled gravy all over shirt. Instead of being really upset about it though, he said he had a brainwave and realised how awesome it would be if he designed a KFC t-shirt that was stained in gravy and smelled like the joint too.

And so that’s exactly what he did. The shirts are soaked in KFC gravy for a day before given a chemical bath to stop them from fading and keep that incredible aroma too.  Here’s what he had to say about it: 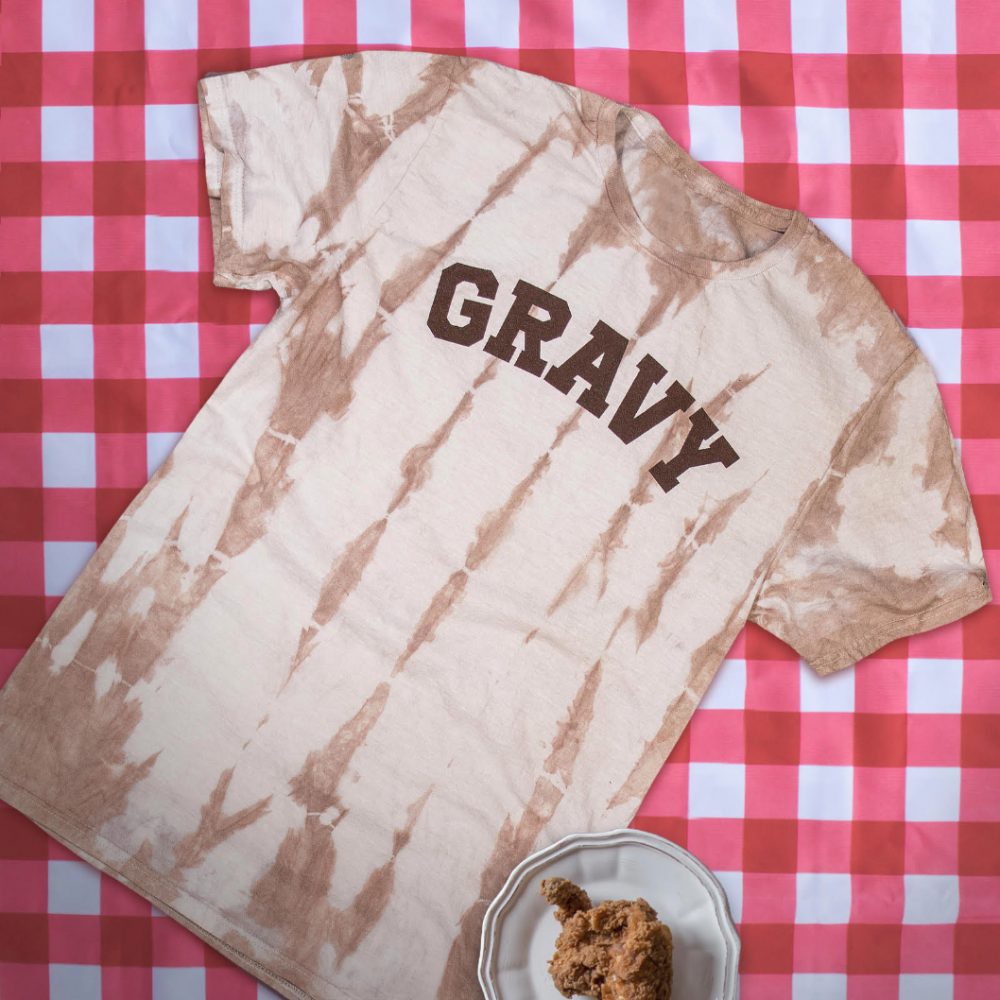 I was trying to think of a way to incorporate Kentucky cuisine into some sort of freaky apparel that would weird people out in a good way. I tried dying some shirts with other sauces and they looked pretty delicious. But it was my buddy Whit Hiler, co-founder of Kentucky for Kentucky, who had the genius idea of using KFC gravy and dropping them around Thanksgiving.

Some people think it’s too expensive, but I’m too busy counting my gravy shirt money to care what those nerds think. Cool people love the idea. Scumbags hate it.

I mean in fairness $50 is probably ab it steep for a shirt that you could probably create by accident if you really wanted to, but I guess it wouldn’t look as cool as one of the professional ones. And like Cole said, people do seem to like them as they’re sold out in most of their sizes and you can’t complain about that. Hopefully he’ll do a restock before Christmas.

For more of the same, check out how you can get paid to eat KFC. Result.