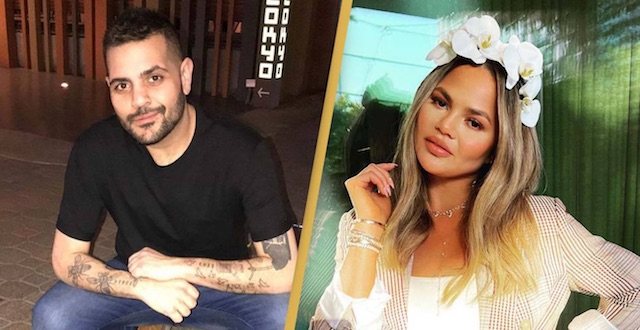 This sounds like an awful hate campaign against the guy.

Chrissy Teigen was accused recently of relentlessly bullying a 16 year old Courtney Stodden via direct messages and Twitter rants after Stodden married 51 year old actor Doug Hutchinson and then starred in a television show with him about their relationship, but it turns out that she isn’t the only one that was left suicidal after being targeted by Teigen. .

Michael Costello is a designer that appeared on ‘Project Runway’ back in 2014 and yesterday revealed that he has been bullied by Teigen online for the past seven years after a photoshopped post appeared on Instagram where he used a racial slur. It’s since been confirmed by Instagram that the post wasn’t real, yet this didn’t stop Teigen repeatedly insulting him and also threatening brands and people that were scheduled to work with him that she would blacklist them if they went through with their jobs together.

It sounds like a terribly lengthy and co-ordinated hate campaign against the poor guy that has left him deeply traumatised. Here’s the lengthy post:

That does sound pretty awful doesn’t it? Imagine being the victim of a hate campaign for something that you didn’t even do. I hope Costello manages to sort himself out and come out the other side.

The timing of the post is even crazier though, as it was posted just four hours after Teigen herself made her own post where she apologised for her old tweets and pretty much owned up to being a terrible person:

Kinda strange that these two would post these ones almost back to back from each other, but I guess it almost makes sense as well. Seems like Chrissy Teigen was a real piece of work back in the day, but at least she’s trying to be a better person now and if she does succeed in that aim then you have to respect her for taking ownership of her past mistakes.

Whether this will be enough for Costello to come through his own personal trauma remains to be seen, but that probably isn’t linked to Teigen’s attempts at becoming a better person anyway. Hopefully it works out for both of them in time. Teigen’s admission should at least make Costello’s professional life somewhat easier.

For more of the same, check out all the stuff that Teigen said to Courtney Stodden. Some of that stuff really might be unforgivable.